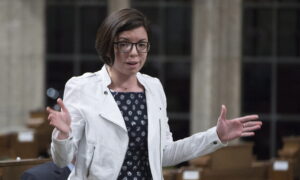 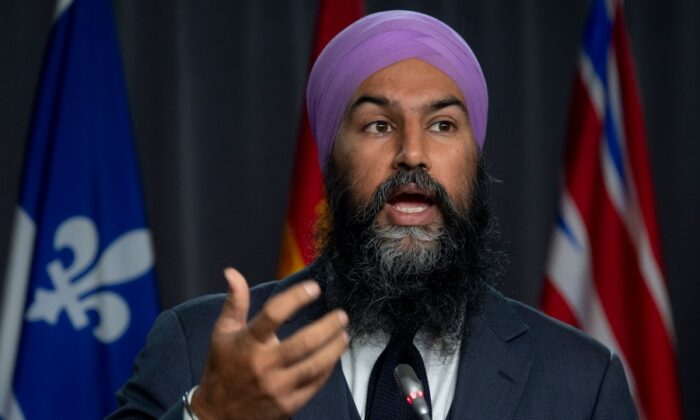 OTTAWA—Inequality is fast shaping up to be a key focus of the federal NDP policy convention as thousands of New Democrats prepare to gather online this afternoon to kick off the three-day event.

Party members cast their votes recently to whittle down hundreds of proposed resolutions into a short list whose top policies include a $15 federal minimum wage and a call to “abolish billionaires” and for-profit long-term care.

Delegates also have the opportunity to insert the word “socialism” into the party constitution after members voted to scrub it from the preamble in 2013 under then-leader Thomas Mulcair.

The term, once a nearly taboo descriptor in federal politics, has surged back into discussion amid a widening wealth gap and the rise of avowedly social-democratic politicians such as Bernie Sanders and Alexandria Ocasio-Cortez in the U.S.

While the inequality motif is poised to rally New Democrats around a common theme this weekend, the lead-up to the convention threatened to expose fissures between party brass and the grassroots as well as among MPs.

NDP Leader Jagmeet Singh said this week he opposed a resolution from a downtown Toronto riding association to phase out the Canadian military, a proposal that failed to make it to the virtual convention floor.

But several controversial resolutions on the Israeli−Palestinian conflict are among the top-ranked. One demands Canada suspend arms dealing with Israel. A second, endorsed by more than 40 riding associations, rejects a working definition of anti−Semitism set out by the International Holocaust Remembrance Alliance on the grounds it is used to chill criticism of Israeli policy.

The proposal found NDP lawmakers and party members on opposite sides of a sensitive issue that threatens to distract from the message of unity the party aims to project.

“I don’t think it’s going to overshadow, because we’ve got a lot of really important and exciting policy debates on issues that impact people right now in the pandemic,” Singh said in a recent interview.

The resolutions to be debated, voted on and distilled into policies by some 2,000 delegates will serve as de facto planks to construct a platform ahead of a possible election this year.

The event will also vie for attention with a virtual Liberal policy convention happening simultaneously.

Former federal NDP leader Ed Broadbent will help launch the convention with a speech Friday afternoon, followed by addresses from the leaders of the Manitoba and Yukon New Democrats.

Singh aims to rally the base with the keynote speech Sunday, hoping to convey a sense of rah−rah enthusiasm despite there being no convention floor to stomp nor walls to rattle.