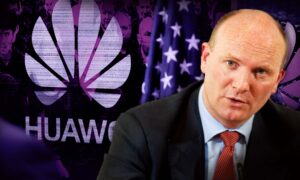 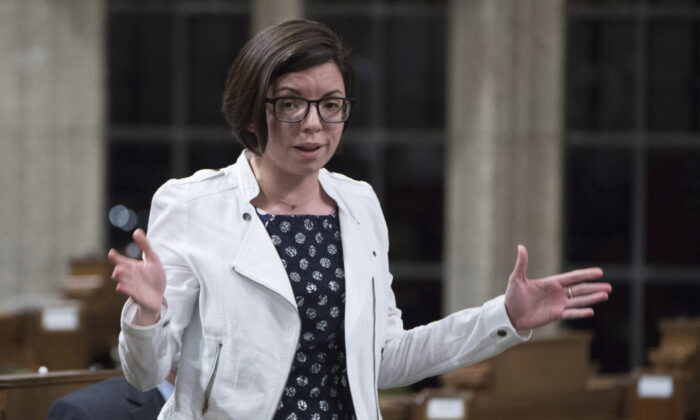 An NDP MP and a Green MP are scheduled to speak at an event calling for the release of Huawei executive Meng Wanzhou, with a notice about the event from one of the hosts saying the Canadian government has “unjustly incarcerated” her.

NDP MP Niki Ashton and Green Party MP Paul Manly are scheduled to speak in an online panel on Nov. 24 to call for the release of Meng while urging the public to support their cause.

The event, titled “Free Meng Wanzhou,” is hosted by the Canadian Foreign Policy Institute, the Canadian Peace Congress, Just Peace Advocates, the Hamilton Coalition To Stop The War, and World Beyond War.

A notice about the event listing World Beyond War as the host says the two MPs will be speaking, along with four other people. The Epoch Times contacted the MPs to confirm whether they will be speaking but did not receive an immediate reply.

“In anticipation of the second anniversary of her arrest, join our online panel discussion to Free Meng Wanzhou, unjustly incarcerated by the Trudeau government at the request of the Trump Administration,” the notice reads.

Meng, 48, was arrested at the Vancouver airport on Dec. 1, 2018, at the behest of the United States in connection with bank and wire fraud in violation of American sanctions on Iran.

Nine days later, after Beijing issued strongly worded warnings to Canada demanding Meng’s release, Canadian citizens Michael Spavor and Michael Kovrig were detained in China. The two were formally charged with spying in June of this year, in a move that is widely viewed as being politically motivated.

Meng denies the allegations and is fighting the charges from Vancouver, where she is under house arrest at one of her mansions as her extradition case is heard at the B.C. Supreme Court.

Scott Simon, a professor with the School of Sociological and Anthropological Studies at the University of Ottawa, criticized the MPs for calling for Meng’s release instead of the release of Kovrig and Spavor.

“I am not surprised, but I am furious, about Canadians (incl.NDP politicians) calling for Meng’s release, but not that of 2 Canadians detained in China,” Simon wrote on Twitter.

“I see storms of political conflict coming. Can we count on progressives to support Taiwan or Uyghurs?”

Marcus Kolga, a senior fellow with the Macdonald-Laurier Institute, said in a tweet that the event is “disturbing,” and is advancing the interests of Beijing and Huawei against those of Canada.

“Canadian extreme-left is working against Canadian Interests by acting as PRC + Huawei proxy to release Meng instead of advocating for the release of Canadians Huseyin Celil, Michael Spavor and Michael Kovrig.”

Disturbing: Canadian extreme-left is working against Canadian interests by acting as PRC + Huawei proxy to release Meng instead of advocating for the release of Canadians Huseyin Celil, Michal Spavor and Michael Kovrig. https://t.co/QMndUjW1EL

Celil is a Uyghur human rights activist and a Canadian citizen who has been imprisoned in China since 2006.

The upcoming panel event is not Ashton’s first time to go to bat for Meng. In September, she sponsored a petition initiated by a private citizen in the House of Commons calling for the federal government to release Meng immediately and allow Huawei to be part of Canada’s 5G networks.

Prime Minister Justin Trudeau defended the arrest of Meng last week, saying that Canada is following the rule of law, and countries need to stand up to Beijing’s bullying.

Huawei was founded by Meng’s father, a former officer of the People’s Liberation Army. The intelligence community has raised the alarm about the company’s close ties to Beijing and its spying efforts.

Canada is the only country out of the members of the Five Eyes intelligence alliance not to ban or plan to ban the company from its 5G networks.

A non-binding motion proposed by the Tories was passed in Parliament on Nov. 18 requiring the federal government to decide within 30 days whether to ban Huawei from participating in Canada’s 5G networks, as well as to develop a plan to combat Beijing’s growing interference operations in Canada.

With a file from The Canadian Press