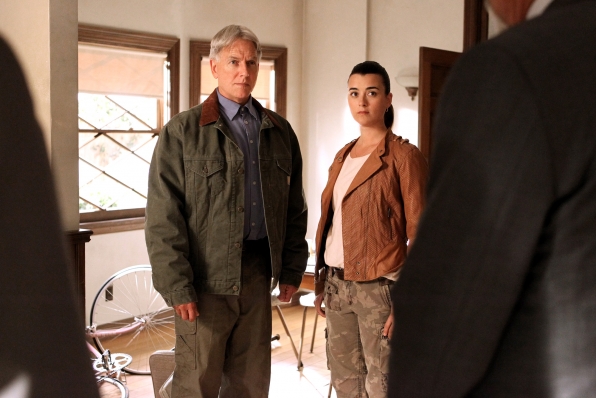 As work ramps up on NCIS season 12 fans are wondering whether Ziva (Cote de Pablo) will return.

A big question on everyone’s mind is why Tony isn’t keeping Ziva in his life through video conferencing or any other 21st century technology.

“A lot of people have approached me about the idea of not shutting the door entirely on [their staying in touch], and I’m not opposed to it,” showrunner Gary Glasberg told TVLine earlier this year.

“But it has to be done in a way where it feels organic to the storytelling and we’re not just throwing in lines about Ziva here and there.”

For example, “If Tony’s in a personal relationship or there’s something significant happening for him and he wondered how she would respond, then maybe we can figure out a way to do it. It’s a valid issue to bring up.”

At the same time, if the relationship lives on, then Tony doesn’t grow as a person and agent.

“We’re as sensitive to him moving forward post-Ziva as the rest of the world is,” Glasberg also said, because doing so “gives him the opportunity to grow and try things and meet people and move on.”

According to a press release from TheRanking.com, more than 60,000 fans voted in favor of Cote De Pablo returning to CBS on their site. There is even an online grassroots movement at BringCoteBack.com dedicated to advocating for de Pablo’s return to NCIS.

De Pablo herself told TVGuide previously is that the “greatest thing” about her departure is that her character doesn’t die. “As long as a character doesn’t die, the character can always come back,” she said. “Not that it would actually matter, because we bring back characters from the dead all the time on ‘NCIS!'”

Meanwhile, Rocky Carroll (Director Leon Vance) revealed in a recent interview with New England Golf Monthly that filming for season 12 is slated to start at the end of July. Work will continue through the end of April 2015.

“t takes eight business days to film one episode. Our normal day runs from 12-14 hours, but it really doesn’t feel like work to me because I truly love what I do,” he said. “I’m sure you could line up people from one end of the country to the other who would also like to be in my position, working 14 hours a day to make a TV show.”

As for what makes the show so strong, Vance put forth his theory.

“When I was growing up in the 60’s and 70’s, I remember that Westerns were a daily part of my life with such shows as ‘Big Valley’ , ‘Bonanza,’ and ‘Gunsmoke’ dominating the air waves. Their themes were based on the simple brand of justice that our country was groomed and based on. Today, I think that ‘procedural’ shows like NCIS”have become the Westerns of my youth,” he said.

In the real world, justice comes very slowly, sometimes not at all, but in NCIS, where Jethro Gibbs has a strong moral compass, and he is supported by the similar moral code of his supporting characters, at the end of the hour, the bad guys have been brought to justice. Gibbs follows his instincts and his guts, and to the viewer, he is ‘everyman,’ representing us and doing it very well. Of course, the writing, plots, and character development are superb, too.”