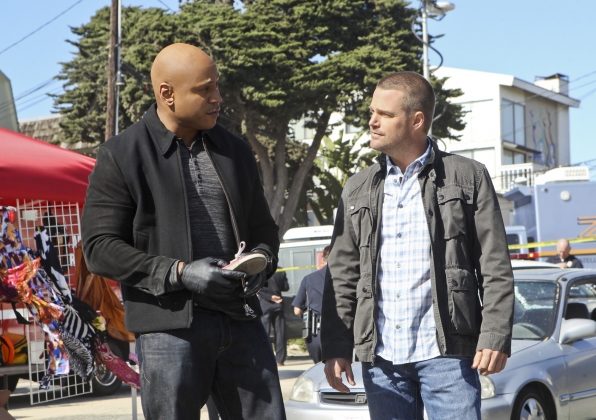 NCIS: Los Angeles has been renewed for a season 6 by CBS.

The network didn’t announce an official premiere date yet but each season has premiered in the middle of September (22, 21, 20, 25, 24–in order), so season 6 should premiere sometime in that time frame.

The show is steadily gaining viewers as it goes on so it looks like it will keep getting renewed for the time being.

Cast and crew have been sharing photos of themselves on set in Los Angeles recently.

Daniela Ruah shared one of her getting ready to get into a hazmat suit while another showed Chris O’Donnell and Miguel Ferrer while filming.

Meanwhile, executive producer Shane Brennan told TVGuide that the relationship between Kensi and Deeks will be fully explored in season 6. Things get awkward on that front when DEA agent Talia returns and has a less-than-warm introduction with Kensi in the season 5 finale.

Also in the finale, Callen and Sam are in extreme jeopardy “In a place that they’ve never been, and in a situation that appears almost insurmountable for them,” Brennan said. The official description says that they’re searching for a missing submarine with billions of dollars worth of cocaine in it.

And Hetty has her own problems to deal with from her decision to send Kensi to Afghanistan.