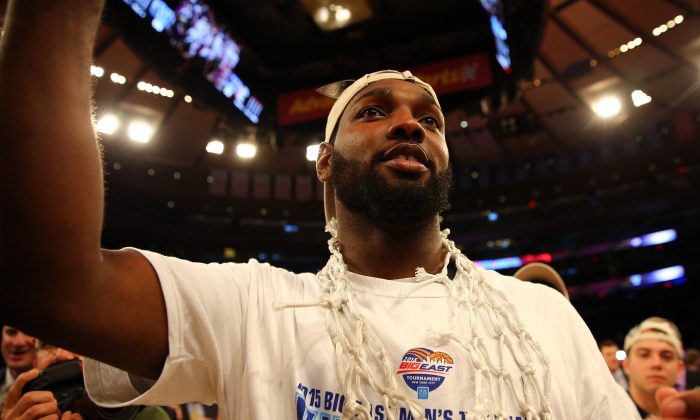 JayVaughn Pinkston #22 of the Villanova Wildcats celebrates after defeating the Xavier Musketeers 69-52 in the championship game of the Big East basketball tournament at Madison Square Garden on March 14, 2015 in New York City. (Photo by Elsa/Getty Images)
College Sports

Need last minute tips for the NCAA tournament? Some key information has cropped up that will help you out.

The biggest question in the bracket: Will Kentucky make it all the way or not? Sure, the odds listed–about 40 percent–favor the Wildcats. But the best way to win a bracket pool is actually to choose against Kentucky at some point, since more people (49 percent) are choosing the Wildcats as national champion, a figure higher than their survival odds.

A better bet? Villanova (12 percent), Arizona (9.7 percent), Wisconsin (9.4 percent), or Gonzaga (8.3 percent), all of which have better than 8 percent odds to win the tournament, according to Team Rankings.

Overall, though, picking favorites is almost always the correct choice, especially into the Final Four.

“Since the Tournament expanded to 64 teams in 1985, 18 of the 30 national champions were No. 1 seeds,” noted Sporting News. Also, 73.3 percent of the Final Four participants since that year have been No. 1, No. 2, or No. 3 seeds, so at least three of the teams you slot in the Final Four should be top three seeds.

Few expect Kentucky to fall super early, so pick them making the Sweet Sixteen at the very least, or perhaps all the way to the Final Four.

Another key to brackets is upset picks. It’s safe to pick at least one No. 12 seed over a No. 5 seed, since at least one of those upsets almost always happens. We recommend Buffalo over West Virginia, which is supported by Buffalo having a 33 percent chance of winning, or Wofford over Arkansas, which is more of an analysis pick than an odds pick.

The easiest potential upsets on the slate are No. 11 Texas over No. 6 Butler and No. 10 Ohio State over No. 7 VCU. Both higher seeds have higher odds of winning than losing.

Another upset pick to think about–No. 2 Kansas falling either in the first round to No. 15 New Mexico State or in the second round to No. 7 Wichita State or No. 10 Indiana. Kansas relies heavily on three-pointers and free throw, possibly setting up a surprising loss.

Out of the No. 1 seeds, Duke may be the weakest. The Blue Devils lost last year in the first round to Mercer, and have improved their porous defense but perhaps not enough, only ranking 57th in the nation. If Jahlil Okafor gets in foul trouble, Duke could get into serious trouble, although their early bracket looks favorable.

Check back for more analysis today and tomorrow.