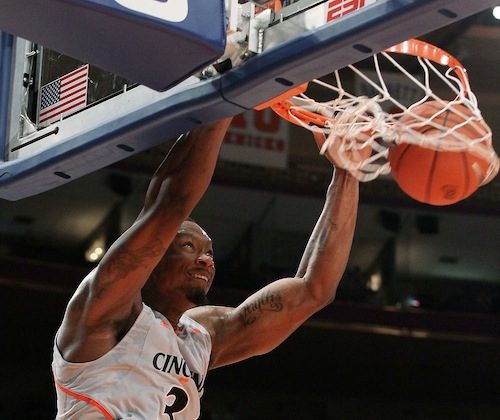 The NCAA’s sweet 16 round is finally upon us with four games Thursday evening, so it’s time for some predictions on which team is going to win.

Trying to guess the winners for this year’s tournament has been pretty rough, thus far. With Lehigh beating second-seeded Duke hours after Norfolk State did the same to 30-win Missouri it is likely that no one out there had a perfect bracket after just one round.

Judging past performance is just one of the ways to predict the outcome of these games but with Mike Krzyzewski’s (who has appeared in 11 Final Fours and won 4 national titles) team already out that theory loses some credence. Other ways to predict include who is playing well, who looks more motivated, and what matchups look favorable. With that in mind here are Thursday night’s predictions:

East Region Game One, 7:15 pm, EST: (1) Syracuse (33-2) versus (4) Wisconsin (26-9)—After squeaking by UNC-Asheville in their opener the Orange played with a bit of a chip on its shoulder in the second half of their 75–59 win over Kansas State. Perhaps the constant doubting of its team after struggling to win without Big East Conference Defensive Player of the Year Fab Melo the game before was the reason for its suddenly determined play Saturday against the Wildcats.
The Badgers have been a bit of a mystery team this year. The team was ranked 15th in the preseason as it returned star guard Jordan Taylor. The senior has not had near as good of a season this year though as he did last year, as his scoring has dropped from 18.1 to 14.7 points per game, while his shooting percentages are down across the board.

Fortunately though Wisconsin’s defense ranks No. 1 in the NCAA, out of 338 teams, in points allowed at 52.9 points per contest, yet it struggles to score, putting up just 64 points a game.

Look for a low-scoring affair that the Orange will ultimately come out on top. Prediction: Syracuse 61, Wisconsin 56.

West Region Game One, 7:47 pm, EST: (1) Michigan State (29-7) versus (4) Louisville (28-9)—With tournament coaching stalwarts Tom Izzo withsix Final Fours, and one title and Rick Pitino (five Final Fours, one title) roaming the sidelines, this should be a well-played game on both sides.

On paper, the Spartans do just about everything well, ranking second in the NCAA in field-goal percentage defense at 37.9 percent, fifth in rebound margin at a difference of 8.3 per game, and ninth in scoring margin at 13.0. They also have do-everything forward Draymond Green who leads the team in scoring (16.3), rebounding (10.5) and even assists (3.9).

On the other side, the Cardinals defense is right there with the Spartans in allowing just 37.9 percent of its opponent’s shots to fall. One difference though is that the Big East schedule, with sub-par seasons by Pittsburgh, Villanova, and even Connecticut was not up to its usual high standards while the Big Ten saw five of its 12 members seeded 4th or better in the field.

Should be another close, low-scoring affair with the Spartans edging them out in the end. Prediction: Michigan State 66, Louisville 61.