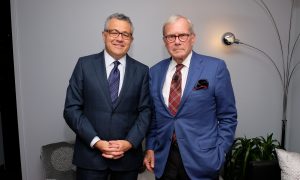 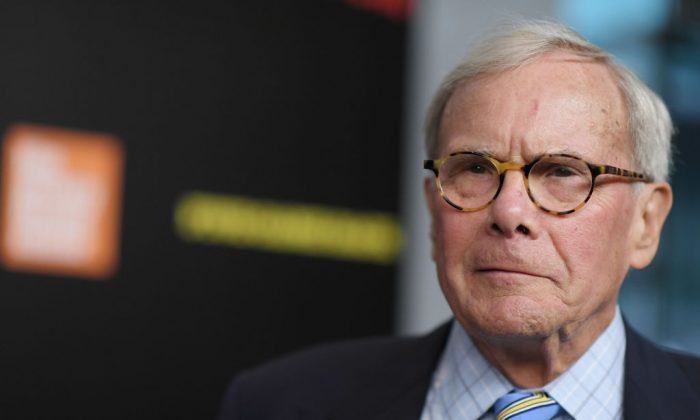 Brokaw, 78, appeared on “Meet the Press” on Sunday, Jan. 27, and shared his personal views on the topic.

After claiming that some people fear the rising number of immigrants in America, Brokaw said all immigrants who come into the country would become Democrats.

“Also, I hear, when I push people a little harder, [people say] ‘Well, I don’t know whether I want brown grandbabies.’ I mean, that’s also a part of it. It’s the intermarriage that is going on and the cultures that are conflicting with each other,” he said.

About immigrants, he said that they should ensure that their children learn to speak English and feel comfortable around their fellow Americans.

“They ought not to be just codified in their communities but make sure that all their kids are learning to speak English, and that they feel comfortable in the communities,” he said. “And that’s going to take outreach on both sides, frankly.”

Yamiche Alcindor, a PBS reporter, responded on the show, claiming, “The idea that we think Americans can only speak English as if Spanish and other languages wasn’t [sic] always a part of America, is, in some ways, troubling.”

As is often the case on the Sunday morning programs, neither cited any evidence to support their arguments. According to a 2018 survey by Pew Research Center, 41 percent of Hispanics in the United States speak English as their main language while another 40 percent consider themselves bilingual. The other 19 percent said they primarily speak Spanish, including some who don’t speak English.

Video: @TomBrokaw warns opposition to more Hispanics in U.S. fueled by intolerant Republicans. “I hear, when I push people a little harder, ‘I don’t know whether I want brown grand babies.’” #MTP pic.twitter.com/sNJ8lxRcm3

NBC didn’t respond to the criticism of Brokaw’s comments by some, but Brokaw himself did, taking to Twitter later in the day.

“I feel terrible a part of my comments on Hispanics offended some members of that proud culture,” he said.

“I am sorry, truly sorry, my comments were offensive to many. The great enduring American tradition of diversity is to be celebrated and cherished. Yamiche, thank u for your comments. let’s go forward together,” he added.

my twitter acct failed me at the worst time.
i am sorry, truly sorry, my comments were offensive to
many. the great enduring american tradition of diversity is to be celebrated and cherished. yamiche, thank u for your comments.
let’s go forward together.

The situation arose after President Donald Trump’s approval ratings among Hispanics increased to 50 percent, according to an NPR/PBS/Marist poll (pdf) of 1,023 adults.

Trump previously said that his approval among Hispanics was increasing “because they know the border issue better than anyone, and they want security, which can only be gotten with a wall.”

Trump referenced the new poll in a tweet on Jan. 27, in which he also criticized two Fox News reporters for alleged poor reporting on the negotiations over the partial government shutdown.

Trump signed a bill temporarily reopening the 25 percent of the government that was closed for weeks. The bill didn’t include any funding for the southern border wall.

Never thought I’d say this but I think @johnrobertsFox and @GillianHTurner @FoxNews have even less understanding of the Wall negotiations than the folks at FAKE NEWS CNN & NBC! Look to final results! Don’t know how my poll numbers are so good, especially up 19% with Hispanics?

A number of reporters, analysts, and news outlets attempted to portray the bill as a loss for Trump, who had indicated he wouldn’t reopen the government without wall funding. But Trump argued with that characterization, saying people should “look to final results.”

On Jan. 27, Trump told The Wall Street Journal that he wouldn’t rule out another shutdown after the temporary spending bill expired after 21 days.

Mick Mulvaney, the acting White House chief of staff, added on “Fox News Sunday” that Trump would be judged by the end of the process. He said Trump wanted to give Democrats a chance after House Speaker Nancy Pelosi (D-Calif.), the leader of the party, said repeatedly that she’d negotiate on border wall funding if the government was reopened.

If the negotiations aren’t fruitful, he added, then the president is ready to declare a national emergency to start construction of the wall. “The president’s commitment is to protect the nation, and he’ll do it either with or without Congress,” Mulvaney said.