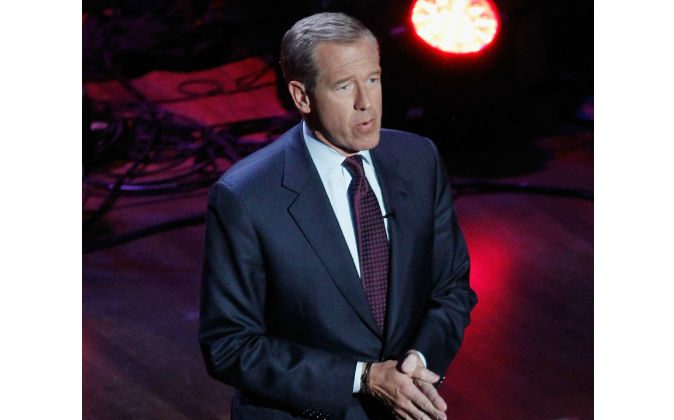 NBC Journalist Brian Williams hosts onstage at The Lincoln Awards: A Concert For Veterans & The Military Family, at the John F. Kennedy Center for the Performing Arts in Washington, D.C., on Jan. 7, 2015. (Paul Morigi/Getty Images for The Friars Club)
News

Truth is a virtue and must be seared into the human conscience, heart, and soul.

In every respectable theology, society, and philosophy from the beginning of time, truth is honored, while false witness, lying, and deception are rejected.

There is a moral prescription within our hearts that demands truth and forbids misrepresentation. Whenever truth is violated, an injustice is committed against society and ourselves.

Lying is a contradiction to the moral path we are called to walk, and it violates the natural order of life.

Candor, sincerity, and truth are critical to society as these virtues prevent hypocrisy, duplicity, and moral decay.

The oath taken during court proceedings is a powerful reminder of the importance of truth throughout society. But unfortunately, the sacred swearing of “I do” after the question “do you swear to tell the truth, the whole truth, and nothing but the truth, so help you God” is often not honored.

Whenever truthfulness is violated in court, it is perjury and a grave injustice to morality.

Perjury is particularly contemptuous when innocence is condemned, the guilty exonerated, and unfair punishments or decisions inflicted.

Lying violates human dignity and undermines personal credibility and the effectiveness not only of the judicial system but also facets throughout all society.

Essentially, lying is the intention to violate truth and it deserves condemnation. Being dishonest is a violation of justice, charity, and integrity. Lying is detrimental to society and destructive to reputations.

The current NBC scandal of its prime time news anchorman is under scrutiny. Hopefully, there will be lessons learned that are medicinal for him, the company, and the nation.

Countless millions can be instantly influenced through a news story, and so integrity is critical.

Although it is not a court of law bound by an oath, the media must have a code of ethics and moral responsibility to present the truth.

All who hold positions of influence in the media have an obligation to honor their profession with integrity.

At the same time, discretion is also a virtue and it must be understood that public safety, professional confidences, and the need to know also deserve honor.

The current NBC scandal is nothing new with contemporary society that beckons an ethical renaissance.

Although it is being dramatically scrutinized, it is indicative of the crisis of character within America that often has scandal, dishonesty, and greed as underpinnings.

Here are some other contemporary integrity scandals:

Virginia Tech. The failure of the university president to give a full and transparent account of his decision to not inform the campus of two murders and not to immediately lockdown the campus to prevent 30 additional killings.

Purdue Pharma L.P. As the maker of the powerful painkiller OxyContin, it pleaded guilty to misleading the public about the drug’s risk of addiction.

Enron. Once an admired electric and gas company, it now stands as an icon of dishonesty, deception, and greed.

Major League Baseball. Dishonesty by players under oath on steroid abuse during a Congressional Hearing. Notably, Rafael Palmiero’s sworn testimony that “I have never used steroids—period.” Just a few months later, this steroid-pumped slugger was suspended for abuse.

Tobacco executives. The CEOs of America’s seven largest tobacco companies perjuring themselves before Congress by each swearing that nicotine is not addictive.

The destructiveness of lying in relationships, business, and court proceedings is an injustice. We must respond with lives of integrity and dedicate ourselves to telling the truth.

Lying has negative consequences individually and collectively to families, communities, companies, and the moral of America. Truthfulness must always be the heart of our moral as it is critical to reawakening the nation.