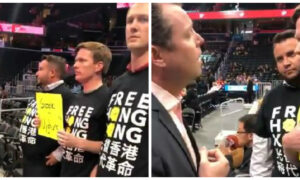 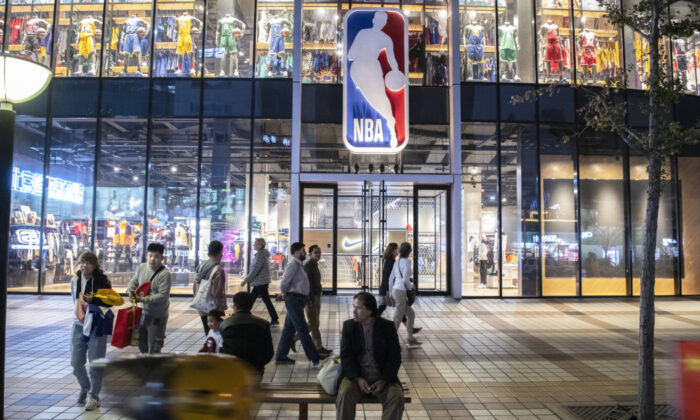 People walk by and sit outside the NBA flagship retail store on Oct. 9, 2019 in Beijing, China. (Kevin Frayer/Getty Images)
Viewpoints

NBA’s Stance on Hong Kong Is All About the Money 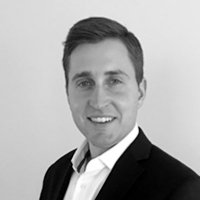 The NBA and various teams have come out to massage the situation and assure the CCP that Morey was simply expressing his “personal opinion” and that he doesn’t speak for the NBA or for the rest of the league.

NBA players and team leaders very frequently voice their personal beliefs or opinions about social justice, geopolitics, or matters of personal concern. Very rarely do we ever hear from NBA Commissioner Adam Silver when these issues are discussed outside the arena.

Yet, Morey’s basic retweet of standing with Hong Kong crossed a red line: by supporting capitalism, democracy, and the rule of law, he angered the CCP. He angered a regime that imprisons religious minorities and censors free speech, and angered a murderous government that harvests organs—a regime that cuts up people’s bodies while they’re still alive, in order for their kidneys, livers, hearts, lungs, corneas, and skin to be removed and turned into commodities for sale.

Let that sink in. Morey stood for freedom, but now, the NBA is turning its back on him and supporting the CCP. And they appear to be supporting these thugs because of one thing: money. China is a billion-dollar market for the NBA and the thought of losing money has the league terrified.

It’s gross to think that such an organization could circle the wagons and control often outspoken players to regurgitate talking points to the press, about not “knowing the details of the situation” … or “haven’t heard much about it” … as Sixers players Ben Simmons and Kyle O’Quinn said this week.

But what about Sixers co-owner Michael Rubin? The helicopter-flying e-commerce executive has never been short on advocating for controversial causes. Just look at his efforts in the Meek Mill saga—as the rapper became a crusader for criminal justice reform while seeking to avoid a jail term in a drugs and gun case, Rubin was his advocate. So why is Rubin silent on China? He was more than happy to hold pressers and sit courtside with Meek Mill—why not defend Morey’s innocent tweet?

Rubin, who has made a lot of money off China and stands to gain even more, last year sat down with CNBC “Mad Money” host Jim Cramer to talk about business opportunities in China.

He said, when speaking about his sports merchandise business Fanatics, that he “had to see it to believe it” regarding “opportunities in China.” He had just launched Fanatics there, and “it’s a massive opportunity … we think we can build a multibillion-dollar business there.”

Is money a common denominator in all of this?

It appears it’s all about financial opportunities in China. Rubin himself is personally invested, aside from the NBA opportunities, and therefore, any criticism of China wouldn’t be well received by the CCP. Rubin summed it up best to Cramer, saying, “I am not a guy that wants to go out of business … and other than the Sixers, my loyalty is all about who is going to make us the most money,” when speaking about sports merchandise sales and supporting teams outside of Philly.

Rubin also says that he “had a core belief that Amazon and Alibaba were going to control e-commerce everywhere in the world”—maybe he should seek out the dissident Chinese billionnaire Guo Wengui to have him explain why the founder and former executive chairman of Alibaba, Jack Ma, who retired last month, is no longer with the company.

The NBA’s response and inability to defend Morey’s tweet for democracy and freedom is a complete disaster—but the silence from Rubin and others might be worse. The fact that Sixers fans were kicked out of a game in Philadelphia for peacefully holding a sign that supports democracy is an outrage and should be a national story.

I wonder if Rubin or any other NBA team owner would want a courtside sponsor that reads “Organ Harvesting: Brought to you by the CCP.” That would certainly be a public relations nightmare.