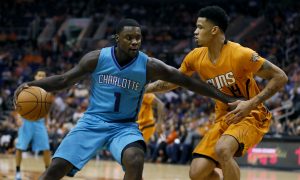 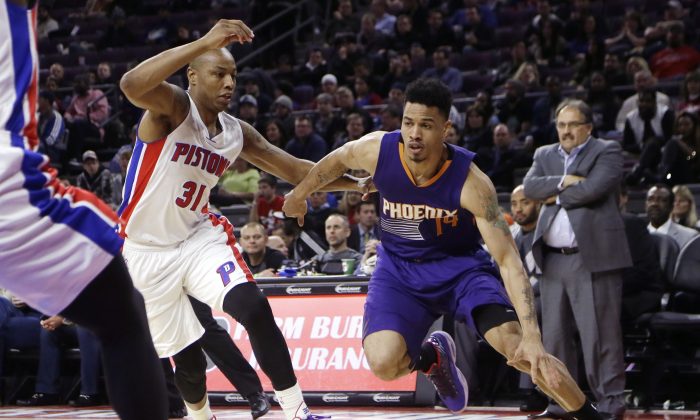 The NBA trade rumors and news are heating up, with the latest teams in the mix including the Chicago Bulls, Phoenix Suns, Cleveland Cavaliers, and Utah Jazz.

The Bulls have two fairly good but not great players at small forward, and the latest speculation has the team acquiring Gerald Green from the Suns.

“With Jimmy Butler god-ing at the 2 spot, the Bulls could really use an upgrade over Mike Dunleavy at the 3. Doug McDermott isn’t equipped to defend small forwards, and Tony Snell still looks lost,” Bleacher Report noted.

“Chicago’s three-point shooting has also tapered off after a blistering beginning. It still ranks 12th in long-range efficiency, but it could use another catch-and-shoot weapon capable of playing defense without sending Thibodeau into fits of facial rage that were once reserved for Nate Robinson.

“Green is shooting 37.3 percent from deep overall, including 38.2 percent on spot-up opportunities. He’s also in the last year of an incredibly reasonable deal. With so much already invested in perimeter firepower—and Goran Dragic approaching free agency—the Phoenix Suns might be inclined to move him rather than pay him.”

The deal would have the Bulls send a slew of players–Cameron Bairstow, Nazr Mohammed, and Snell–along with the top-10 protected first-round pick they have from the Sacramento Kings to Phoenix for Green.

There’s no sign this trade is actually in the works, leaving it pure speculation for now.

It’s no secret the Cavaliers want a defensive-minded swingman to bolster the roster, but the team hasn’t been able to put together a deal yet.

Now ESPN’s Brian Windhorst said that the Cavs apparently have interest in Tayshaun Prince, who has fallen out of the rotation on the Memphis Grizzlies.

“I expect the #Cavs to make a trade between Dec 15-Jan 10 with their trade exception included,” he said.

But NBC noted a trade for Prince would be difficult, because the exception isn’t big enough to straight up obtain Prince, and it can’t be aggregated with another player to make slaries match.

“The only player the Cavaliers could trade straight up for Prince is Tristan Thompson, and that deal would be lopsidedly in favor of Memphis,” it noted. “Prince could be part of a larger trade, but that gets complicated.”

Plus, Prince’s former 3-point shooting has dropped, and he’s 34, making him the least attractive swingman that’s been linked to the Cavs. Leading candidates Andrei Kirilenko and Corey Brewer are both better players.

Speaking of Kirilenko, he’s being shopped by the Brooklyn Nets after falling out of their rotation, and has been linked to the Cavs and Los Angeles Clippers, but it seems he may return to Utah.

The Jazz are trying to get Kirilenko, and a source told Jody Genessy of the Deseret News  that it’s “very possibly” a deal will happen for Jeremy Evans and Toure’ Murry.

But the deal likely won’t go through until after December 15.

The Nets would likely waive one of the players they obtain.

Victor Claver is the odd man out in the Portland Trail Blazers frontcourt, and he may get dealt.

Claver will be an unrestricted free agent after this season, adding to the likelihood that he’ll be traded.

Claver has expressed frustration about not playing much but emphasized that he’s not asking for a trade.