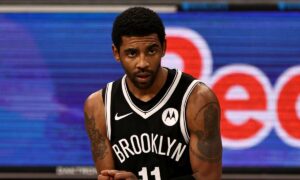 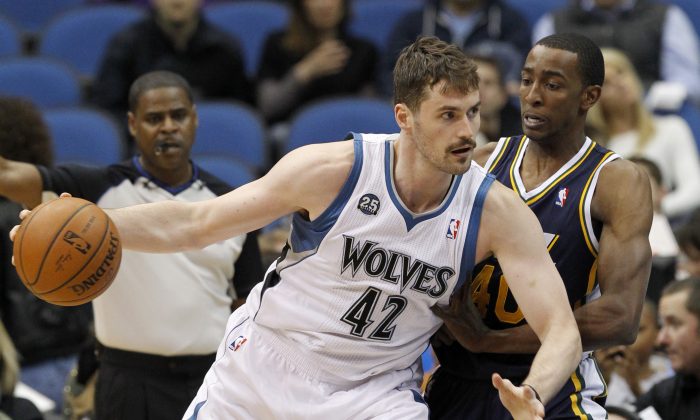 The NBA trade rumors keep on coming, especially regarding Kevin Love, who has been increasingly linked to the Cleveland Cavaliers.

Love gained interest in the Cavs after Lebron James committed to them.

Love has one year left on his deal with the Minnesota Timberwolves but has told the team he wants out, prompting his being shopped around.

But a holding point on a deal with the Cavs seems to be No. 1 draft pick Andrew Wiggins. The Timberwolves might not do the deal without him, but new Cavs coach David Blatt said on Sunday that Wiggins will not be traded, reported ESPN.

Marc Stein of ESPN said, citing sources, that Love remains “intrigued” by the chance of joining LeBron in Cleveland but the Timberwolves are insisting on Wiggins as part of the deal.

Jon Krawcyznski of the Associated Press pointed out: “Lots telling me Wolves HAVE to move Love now. All I can say is they don’t see it that way. No Klay. No Wiggins. No Love. Period.”

The Houston Rockets lost out on LeBron James, Carmelo Anthony, and Chris Bosh, and decided not to match Chandler Parsons offer.

The team’s only notable signing so far has been Trevor Ariza, who is arguably not as good as Parsons.

The team is looking to bolster the roster through a trade or two now, according to Stein.

“So look for Rockets to re-enter trade game for longtime Houston target Rajon Rondo as well as try to work their way into mix for Kevin Love.”

Stephenson to the Suns?

Lance Stephenson may be the best shooting guard/small forward left on the market, and the Phoenix Suns may be a destination.

Stephenson could be part of a sign-and-trade that would include Goran Dragic going to the Indiana Pacers, reported the New York Daily News.

“The Pacers would love to make a deal for Phoenix’s Goran Dragic, with Lance Stephenson being a candidate to go to the Suns in a sign-and-trade,” it reported. “But the Pacers want to keep George Hill, their much-maligned point guard.”

The Suns recently acquired Isaiah Thomas, a high-caliber guard, and also have Eric Bledsoe, a restricted free agent. The Suns could move Bledsoe (sign-and-trade or letting him walk) or Dragic.

Wizards Looking to Get Blair

The Washington Wizards are looking at adding another veteran to the squad.

Blair, 25, averaged 6.4 points, 4.7 rebounds, and 0.3 blocks per game coming off the bench for the Mavericks last year. He was picked in the second round by the San Antonio Spurs back in 2009.

The Wizards and Dallas Mavericks are in discussions to see if a sign-and-trade is possible before the Mavs must renounce Blair.

The biggest deal lately has been the Jeremy Lin trade.

The Houston Rockets guard was dealt to the Los Angeles Lakers along with a first-round pick.

But Mike Bresnahan of the Los Angeles Times reports that the Lakers also got a second-round pick from the Rockets. All the things the Lakers got surprised some, who believe the Rockets got the worst of the deal, getting only cash and the rights to an overseas player in return.

Another trade to look out for is Jordan Crawford.

The backup guard has been offered by the Golden State Warriors assistance in setting up a sign-and-trade since the Warriors have a glut of guards after signing Shaun Livingston.

Crawford averaged 11 points and 3.5 assists last year and was a key contributor off the bench. He’s an unrestricted free agent.

The Chicago Bulls, Los Angeles Lakers, and New York Knicks are among the interested teams.