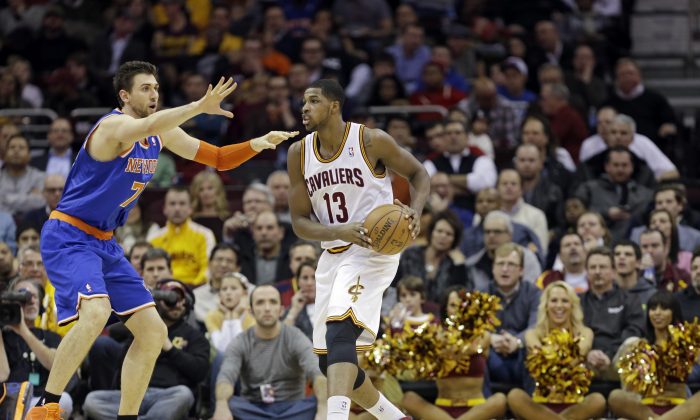 The Cleveland Cavaliers will open their season against the New York Knicks, after a change from the initial matchup with the San Antonio Spurs.

The Cavs vs Spurs would have pitted LeBron James against the team that trumped the Miami Heat for the NBA title last season, a loss that may have ultimately prompted him to leave the Heat.

Instead, the Cavs and Knicks will kick off their seasons on October 30 in Cleveland. The match will likely be televised on a major station such as ESPN.

The Cavs will still play at Miami on Christmas, according to Marc Spears of Yahoo.

The new information not only seems to replace the Cavs vs Spurs opener but also a reported Knicks vs Bulls opener at Madison Square Garden.

That game was reported by the New York Daily News. It would pit Carmelo Anthony against the team that tried to woo him away from New York.

The News said that the Knicks’ schedule will also include a game against the Milwaukee Bucks in London as well as their annual game on Martin Luther King Jr. Day.

The entire official season schedule will be announced on August 13 at 6 p.m. EDT on NBA TV.

Other schedule rumors include the Cavs and Heat playing each other four times this season, and the Heat opening their season on October 30 against the Washington Wizards.

The Golden State Warriors and the Los Angeles Clippers will also reportedly play on Christmas night.