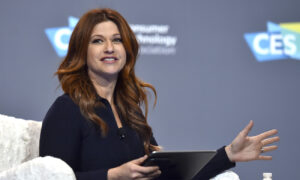 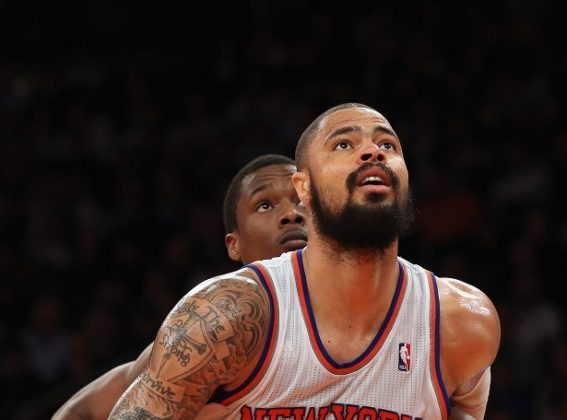 Lost in the aftermath of Stephen Curry's 54-point outing against the Knicks, was Tyson Chandler's 28 rebounds. (Bruce Bennett/Getty Images)
NBA

With nearly three-fourths of the NBA’s regular season now in the books, the haves and have-nots are clearly separated in the standings—save for the Lakers, which may be the only non-playoff team capable of making a big push. Winners of 12 of their last 18 games, Kobe Bryant, Dwight Howard, Steve Nash, and company are still only 30-31 (through Tuesday’s games) but are capable of so much more.

But even with their relative hot streak, LA still doesn’t crack the list of the 10 best current teams in the league. Without further ado, here are the NBA’s best, with records through Tuesday.

10. Chicago Bulls (34-26)—With superstar guard Derrick Rose now practicing, the question remains when Chicago brings back the former MVP. If they bring him back this season, the team is instantly a title contender again on paper, though they would need time to readjust to him in the lineup—which is no trivial matter. Reintroducing a major part of your team just as the playoffs begin, for whatever reason, hasn’t always been recipe for success in the past, and if Rose continues to sit out games the smart thing to do may be to shut him down until next season. That said, Tom Thibodeau has done an incredible job with the players he has thus far.

9. Golden State Warriors (34-27)—Anyone who saw Warriors’ guard Stephen Curry put up 53 points last week against the Knicks in the Garden knows firsthand how dangerous this team can be. Curry has a history of excelling on the big stage (see Davidson’s NCAA tournament run in 2008) and despite the loss (PF David Lee was out) the performance surely scared off any teams from wanting to find themselves in a win-or-go-home playoff series opposite him.

8. New York Knicks (36-21) – The Knicks, which were once 18-5, are a mediocre 18-16 since then and with Carmelo Anthony nursing a sore knee, things could certainly be looking better. But consider this: the team outscored Cleveland 72–45 Monday after Anthony exited the game. In addition, the Knicks are still adjusting to life with Amare Stoudemire after the power forward missed the first 30 games of the season. Sunday’s home loss to the red-hot Miami Heat came after the Knicks led much of the way. As long as Melo’s injury isn’t too serious the team is still well-situated for a deep playoff run.

7. Denver Nuggets (40-22)—Winners of 23 of their last 30 games, Denver is one of the hottest teams out there. Yet few teams really fear them, despite the fact that the team has made the playoffs nine straight seasons. Why? After trading away Carmelo Anthony, the team has no star power, for one. Also, of their nine straight playoff appearances, eight ended in the first round. This season though, the team has balance. Six players average better than 11 points per game and the team is third overall in scoring at 105.7 points per game.

6. Indiana Pacers (38-22)—Another lesser known “hot team” is Indiana. The Pacers were once a mediocre 13-12 but have rebounded to the current number-two seed in the Eastern Conference. They’ve done it the opposite way than Denver has though, ranking second in points allowed at 89.6 per game, while grabbing a league-high 45.7 rebounds per contest. Three players average better than 7.5 rebounds per game, including seven-foot, two-inch center Roy Hibbert, who also averages 2.6 blocks per game.

5. San Antonio Spurs (47-14)—The ageless Spurs do indeed have the NBA’s best record still, but with star point guard Tony Parker (who averages 21.0 points and 7.6 assists per game) sidelined for a month, San Antonio’s prospects don’t look great. Of course, this is a team that’s been counted out due to their advancing age for years and yet still stays among the leaders on an annual basis. Of course, age is one thing, an absent Tony Parker is another.

4. Memphis Grizzlies (39-19)—Memphis, winners of nine of their last 10 games, are another team on a roll. Though they traded away leading scorer Rudy Gay, Memphis knows their strength lies in power forward Zach Randolph (15.7 points, 11.6 rebounds per game) and center Marc Gasol (13.9, 7.8.) Meanwhile new addition Tayshaun Prince has fit in well since coming over from Detroit as the Grizzlies are 10-4 since his arrival. Defense is Prince’s forte and so too is it for Memphis as the team averages an NBA-low 89.5 points per game.

3. Los Angeles Clippers (43-19)—The Clippers’ season has been marked by the team’s incredible 17-game winning streak spanning from November 28 until a loss on January 1st. Since that time though the team is a relatively disappointing 18-13, including a stretch where they lost eight of 11 games. Sunday’s loss to the Thunder dropped them to 0-3 against their conference-rivals meaning they’ll lose any tie-breaker scenario with them and will have to be ahead in the standings in order to have homecourt advantage past the first round.

2. Oklahoma City Thunder (44-16)—The Thunder, despite trading away All-Star James Harden just before the season started, are actually playing at a higher level, winning percentage-wise, this season (.733) than they were last season (.712) when they made the NBA Finals. The Finals would appear to be their destination this year again as Kevin Durant (28.6 points per game) and Russell Westbrook (23.6) pace the league’s second-highest scoring team at 107.0 points per contest.

1. Miami Heat (44-14)—With 15 straight wins under their belts the reigning-champion Heat have finally come alive. Now with a seven-game lead over Indiana in the Eastern Conference, Miami is a lock to have homecourt advantage through at least the first three rounds of the playoffs. Meanwhile, three-time MVP LeBron James, is averaging 27.0 points, 8.2 rebounds, and 7.2 assists and looks to be a certain lock to win another MVP and should. His game-sealing steal and breakaway dunk Sunday against the Knicks was just another example of why he and his team are the best.