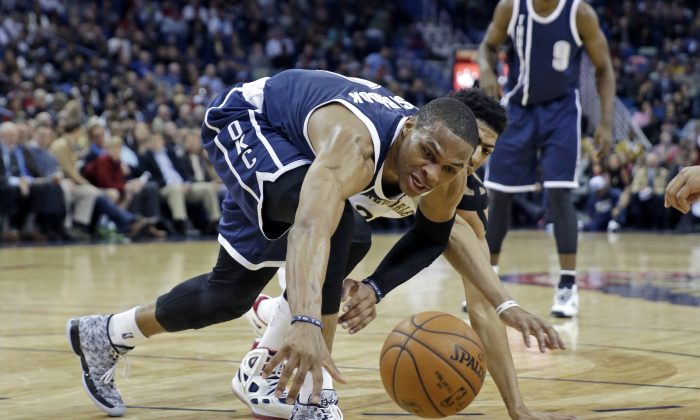 NBA Playoff Standings Update: Suns Try to Hold On In West as Nets Leap Back Into East Race

Unless the San Antonio Spurs or Dallas Mavericks slip up in the coming weeks, it appears that three teams are competing for the eighth spot in the West–the Phoenix Suns, currently in eighth, the New Orleans Pelicans, and the Oklahoma City Thunder.

The Thunder got a win against the Pelicans on Wednesday night, pulling within 2.5 games of the Suns. The Pelicans loss pushed them back to 1.5 games behind Phoenix. That will change soon as the Suns take on the Trail Blazers on Thursday night, and the Pelicans and Thunder play again tomorrow night.

The other big story in the West is the middle of the pack. Golden State and Memphis appear to have cemented their place atop the standings, and barring major injuries will likely stay in the top four for the duration.

But the third through seven seeds–the Rockets, Blazers, Clippers, Mavericks, and San Antonio–are separated in the loss column by just three games or less. If a team has a bad stretch, like the Mavs have had recently (5-5 over the past 10 games), they will drop at least several spots. If they have an even worse stretch, they could find themselves battling with the Thunder, Pelicans, and Suns. Phoenix has 22 losses, while Dallas and San Antonio currently have 18 each.

Things are also interesting over in the East. Atlanta, eight games ahead of second-place Toronto, appears to have snagged the number 1 seed. But the Raptors, Wizards, and Bulls are all slumping–especially the latter two–and the Cavaliers are surging, leading to a shake up in the standings.

The Milwaukee Bucks are also within striking distance, just 2.5 games back from Chicago and Cleveland on a five-game winning streak.

The two bottom seeds are separated from the middle of the pack in the conference, and at least four teams could end up with one of them. Charlotte, thanks to strong play lately (7-3 in their past 10 games), has nabbed the seventh seed. The Miami Heat have only gone 4-6 in the past 10 but still have the eighth seed, and are 0.5 games back from Charlotte.

The Nets, riding a two-game winning streak, are also 0.5 games behind Miami. The Pistons, Celtics, and Pacers are also close enough to be considered viable candidates, if they can go on runs sometime soon.