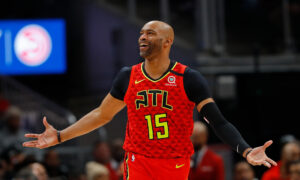 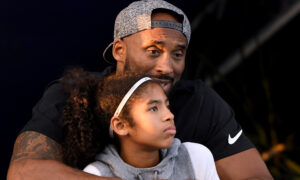 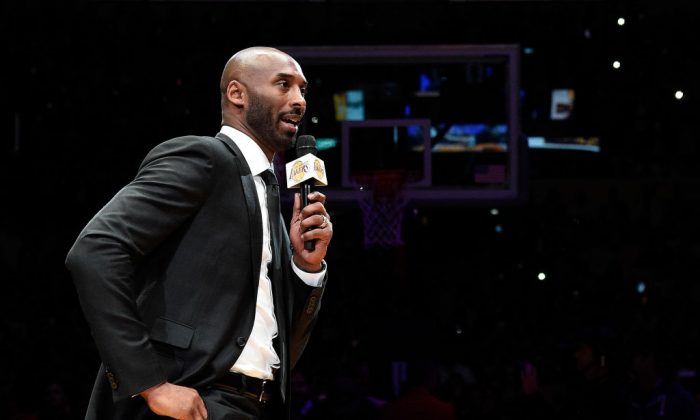 Kobe Bryant addresses the crowd at halftime as both his #8 and #24 Los Angeles Lakers jerseys are retired at Staples Center in Los Angeles, on Dec. 18, 2017. (Photo by Kevork Djansezian/Getty Images)
NBA

Kobe Bryant, the professional basketball legend, said that he would have protested during the controversial national anthem protests, despite the severe backlash the protests generated.

The protests were started by former NFL quarterback Colin Kaepernick, who sparked a trend of kneeling during the national anthem before each football game.

The protests were taken up by many football players but sparked a backlash among some fans, who said it was disrespectful to the military and the nation.

Declining NFL viewership has been linked in part to the protests.

But Bryant, the former Los Angeles Lakers player and shoo-in future Hall-of-Famer, said in a new interview that he, too, would have protested.

“Yeah, I would have participated in it, for sure,” Bryant told ESPN. “I’m sure I would have gotten some flak for it. That’s fine. I think that Colin’s message was a very simple one. It was police brutality needs to stop. We need to take a look at that.”

The protests have not transferred to the NBA, the professional basketball association, and Bryant ventured an opinion why.

“From my experience in the locker room, it doesn’t seem like any of the players that I played with certainly would have had an issue with that,” he said. “I think we understand this is a free country. I think we have the right to peaceful protest.”

The commissioner of the NBA, Adam Silver, said prior to the current season that he expects all players to stand for the national anthem.

During the prior season, players sometimes linked arms during the anthem as a show of support for the NFL protests.