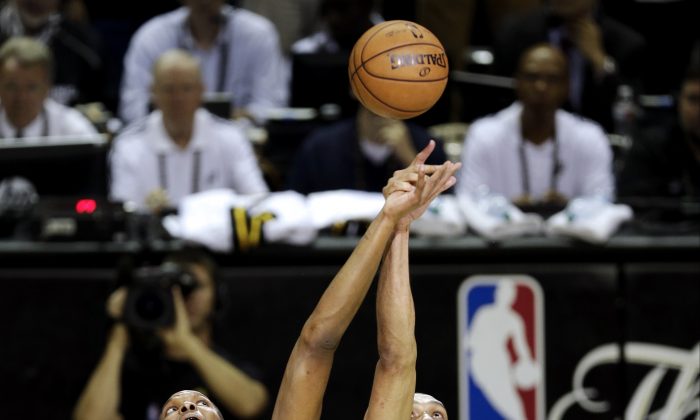 The Heat were held scoreless for the first 3:23 of the second quarter. San Antonio however hit just one of it’s first 11 shots of the period before Danny Green connected for his first trey of the game to up the Spurs’ lead to 32 – 26. Green, who hit all six of his shots for 17 points in Game 2, had five points in the first half.

Kawhi Leonard’s dunk highlighted a 13 – 4 run by San Antonio to go up 40 – 30 with 4:37 left. But Miami came right back and tied the game at 44 via a two from Dwayne Wade with just 37 ticks left. San Antonio however hit back-to-back threes via Tony Parker and a buzzer-beater from Gary Neal to end the half with a quick, back-breaking 6-0 run.

Neal has a team-high 14 points while Tim Duncan already has 10—one more than he had in Game 2.

LeBron James has had a half to forget thus far. The regular season MVP has just four points off of two of eight shooting but does have six rebounds and four assists. Dwayne Wade leads the team with 12 points and has five assists. Mike Miller has been with nine points thus far while hitting all three of his threes.