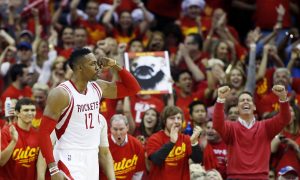 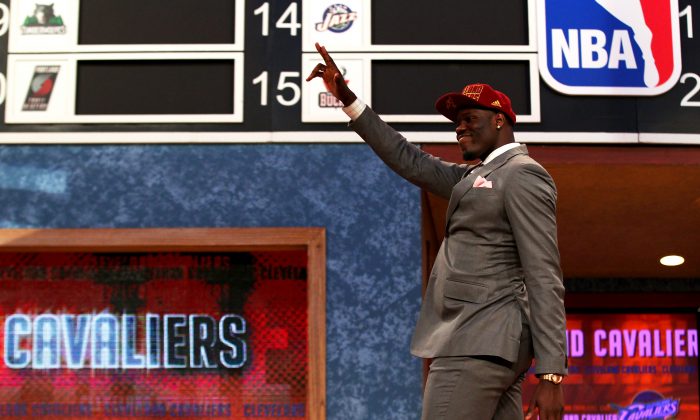 Anthony Bennett of UNLV was taken number one overall by Cleveland in 2013, but has yet to make a real impact in the NBA. (Mike Stobe/Getty Images)
NBA

NBA Draft Lottery: Why the Order Isn’t as Important as You Think

Much has been made of the NBA’s annual draft lottery. Fortunes are won and lost at the whimsy of a bunch of specially marked pingpong balls in a ritzy Manhattan hotel.

But don’t think the winner automatically becomes a contender. It only seems that way.

This year there is no surefire franchise player like Patrick Ewing, Shaquille O’Neal, Tim Duncan, or LeBron James to be had.

Here’s how it works: The 14 teams that didn’t make the postseason send a representative to New York in hopes of beating the odds and landing the top pick. Slowly the selections from No. 14 down to No. 1 are revealed. Whoever get this first pick celebrates like it’s Christmas morning and then goes on to blow the pick, in the following month’s draft, by taking someone like Anthony Bennett, Andrea Bargnani, or Michael Olowokandi.

Okay maybe it only seems that way. We remember the misses more than the makes.

The smart teams (like Oklahoma City) sit back and take franchise players like Kevin Durant (2nd overall in 2007), Russell Westbrook (4th overall in 2008), and James Harden (3rd overall in 2009) to quickly build their rosters into championship-level teams.

Plenty of other teams have been successful here too. Those that do, rarely have to come though. Take the Lakers, for instance.

Los Angeles, which trails only Boston in terms of NBA titles, will actually be making their second straight lotto appearance after taking Julius Randle, who missed nearly all of last season with a broken leg, last summer. But only once in the previous 20 years (2005, Andrew Bynum) had they selected along with the league’s other non-playoff teams.

It helps when you find someone like Kobe Bryant (13th overall in 1996) and sign Shaquille O’Neal the same summer.

Meanwhile, the San Antonio Spurs haven’t been there since 1997—the Tim Duncan draft.

Clutch City Back in Business?

Yes, they were very fortunate that the one year David Robinson was injured was parlayed into having Duncan fall in their laps at No. 1 overall. Yet they’ve stayed on top by finding players like Manu Ginobili (57th overall in 1999), Tony Parker (28th overall in 2001), and Kawhi Leonard (15th overall in 2011) outside the lottery.

Of course, there are also the Clippers. Once a laughable franchise, the team finally capitalized on one of their numerous lottery picks in getting Blake Griffin first overall in 2009. But before him, they were annually keeping their fingers crossed as the fate of the pingpong balls was being revealed.

Meanwhile, the only other time they won the lottery during those years (1998) they took Olowokandi—in one of the most star-studded drafts ever. One of the draft’s biggest busts ever was taken that year over future stars like Dirk Nowitzki (9th overall), Paul Pierce (10th), Vince Carter (5th), Antawn Jamison (4th), Mike Bibby (2nd), and Rashard Lewis (32nd).

But the Clippers don’t have to worry about taking another bust this year. They don’t have a first-round pick.