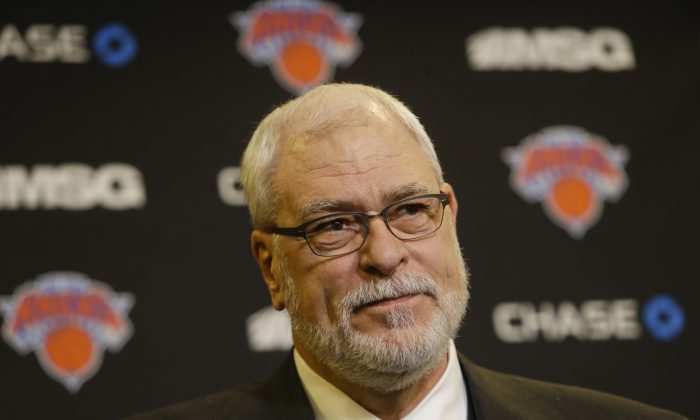 Phil Jackson said nearly 30 years ago that the New York Knicks, which he was playing on at the time, would deflate basketballs on purpose to try to gain a competitive advantage.

“What we used to do was deflate the ball,” Jackson told the Chicago Tribune in an article printed in 1986.

“We were a short team with our big guys like Willis, our center, only about 6’8″, and Jerry Lucas also 6’8″. Debusschere, 6’6″. SO what we had to rely on was boxing out and hoping the rebound didn’t go long. To help ensure that, we’d try to take some air out of the ball. You see, on the ball it says something like ‘inflate to 7 to 9 pounds.’ We’d all carry pins and take the air out to deaden the ball.”

Jackson said that the Knicks offense was also bolstered by the move, because they liked to pass without dribbling. The other teams, however, liked to dribble, and it slowed them down.

Jackson, now the Knicks president, took to Twitter after the article resurfaced in light of the recent NFL “deflategate” controversy.

Apparently Jackson’s Knicks weren’t the only teams to try to gain such an advantage.

NBA gambling expert Haralabos Voulgaris noted via Twitter that “Some teams in late ’90s, early 2000s also inflated or deflated the ball.” For one, the Utah Jazz coached by Jerry Sloan.

Dr. Eugene Levitt of the American College of Sports Psychology told the Tribune back in the day that it’s not surprising that players and teams seek an advantage through deflating balls, or other measures such as applying adhesive substances to their hands to better control the ball.

“This is a highly competitive society with an emphasis on winning,” Levitt says. “So people who might not think of stealing a dime will take every conceivable liberty because they have to win, or, alternately, not get cut from the squad. Thus, what follows is not only an acceptance but even an admiration for the chicanery. As Thomas Fuller once said, ‘He that cheateth in small things is a fool, but in great ones a rogue.'”