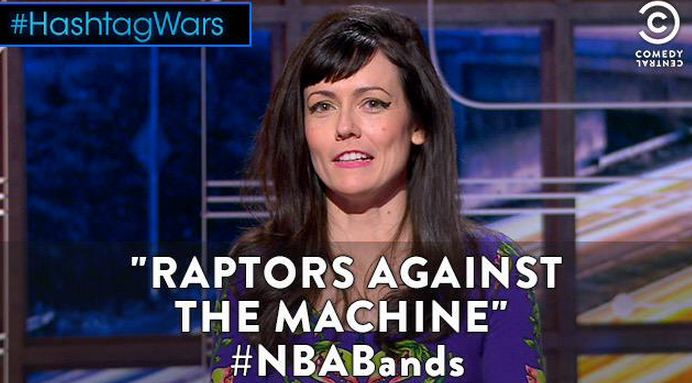 The NBA Bands trend has been prompting some pretty interesting names that have some sort of link to pro basketball, including “Durant Durant” and “Raptors Against the Machine.”

A panel on Midnight, a late night game show on Comedy Central, started the trend with a slew of fake band names, often putting a twist on existing bands.

Twitter users got in on the action, responding with other band names such as Jefferson Air Ball, the LeBron James Gang, and Mumford and Sonics.

Check out some of the best ones below and add your own in the comments section.

Panic! At The Buzzer #NBABands @midnight

Utah Jazz … Hmm, didn’t have to do much there. #NBABands pic.twitter.com/wuFbQf789R