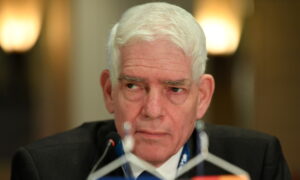 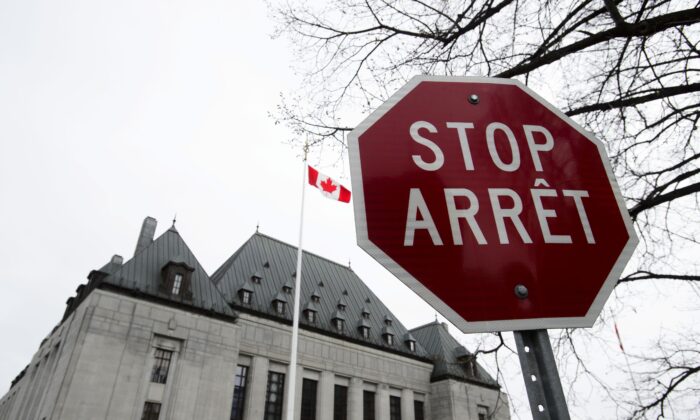 The Supreme Court of Canada in a file photo. (The Canadian Press/Sean Kilpatrick)
Canada

A former Nazi death-squad member has failed in his attempt to bar the public and media from his deportation hearing.

Helmut Oberlander brought forth an application Tuesday to take the proceedings in front of the Immigration and Refugee Board of Canada private.

Oberlander, who lives in Waterloo, Ont., had argued he, his family and his lawyers received death threats after news articles were published about his case, thereby jeopardizing his safety.

The board’s decision−maker agreed with a lawyer for the media that the argument did not reach the threshold to override the open−court principle of the proceedings.

Oberlander, born in Ukraine, was a member of a Nazi death squad that operated behind the German army’s front line in the eastern occupied territories during the Second World War.

The 97−year−old says he was conscripted into duty as a teenager on threat of death and that he never participated in any killings.

He served with the Ek 10a unit as an interpreter from 1941 to 1943. The death squad was responsible for killing more than two million people, most of them Jews.

The board is undertaking an admissibility hearing on whether Oberlander can remain in Canada or be returned to Germany.

Oberlander arrived in Canada in 1954. He became a Canadian citizen six years later, but he did not disclose his wartime experience to his new country.

In June 2017, the federal government revoked Oberlander’s Canadian citizenship for the fourth time since the mid−1990s.

The board also heard Tuesday that Oberlander’s lawyer, Ronald Poulton, will seek a stay in the proceedings, partially based on his client’s declining mental health.

According to documents filed with the board, Poulton said his client is unable to mount a defence due to his mental condition, and is unfit to appear before the board.

“He has severe cognitive impairment with persistent delirium and psychosis,” Poulton wrote.

He said Oberlander “is not expected to survive much beyond the summer.”

The admissibility hearing is set to take place all week.