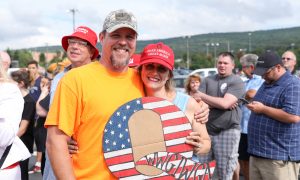 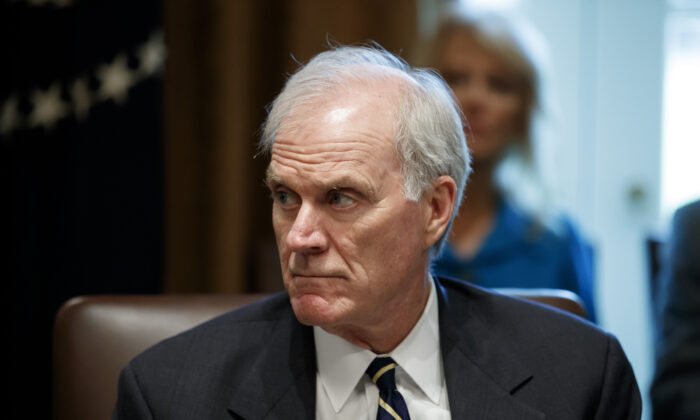 Secretary of the Navy Richard Spencer listens during a Cabinet meeting in the Cabinet Room of the White House on July 16, 2019. (Alex Brandon/AP Photo)
Politics

Navy Secretary Fired by Pentagon; Trump Says His ‘Services Have Been Terminated’

Esper said in a statement to media outlets that he was “deeply troubled” by Spencer’s conduct, adding that “unfortunately, as a result I have determined that Secretary Spencer no longer has my confidence to continue in his position.”

Spencer was fired because he broke the rules and undermined Esper’s position by ignoring the chain of command and going directly to Trump to make a deal, according to Pentagon spokesman Jonathan Hoffman.

Gallagher was convicted for posing with an ISIS fighter’s corpse, and Spencer said on Saturday that disciplinary action can proceed against him.

Spencer told reporters that he would need a formal order to act and didn’t interpret a tweet from President Donald Trump as a “formal order.” Trump had written on Twitter that Gallagher’s case was being handled poorly and maintained he should keep his SEAL honors and Trident pin.

“I think we have a process in place, which we’re going forward with, and that’s my job,” Spencer added, reported Reuters.

Spencer noted that Trump has the power to restore Gallagher’s SEAL status if Navy commanders expel him.

But Esper said that Spencer privately proposed to the White House that Gallagher’s rank be restored and allow him to retire with the pin, which went against the Navy Secretary’s public opinion. He had never informed Esper of the White House proposal, according to a Department of Defense statement.

The defense secretary also maintained that Gallagher will retain his Trident pin and will later meet with Navy Under Secretary Thomas Modley, who will now serve as acting Navy Secretary.

“I was not pleased with the way that Navy Seal Eddie Gallagher’s trial was handled by the Navy. He was treated very badly but, despite this, was completely exonerated on all major charges. I then restored Eddie’s rank. Likewise, large cost overruns from past administration’s contracting procedures were not addressed to my satisfaction,” the president tweeted.

Trump added: “Therefore, Secretary of the Navy Richard Spencer’s services have been terminated by Secretary of Defense Mark Esper. I thank Richard for his service & commitment. Eddie will retire peacefully with all of the honors that he has earned, including his Trident Pin. Admiral and now Ambassador to Norway Ken Braithwaite will be nominated by me to be the new Secretary of the Navy. A man of great achievement and success, I know Ken will do an outstanding job!”

….honors that he has earned, including his Trident Pin. Admiral and now Ambassador to Norway Ken Braithwaite will be nominated by me to be the new Secretary of the Navy. A man of great achievement and success, I know Ken will do an outstanding job!