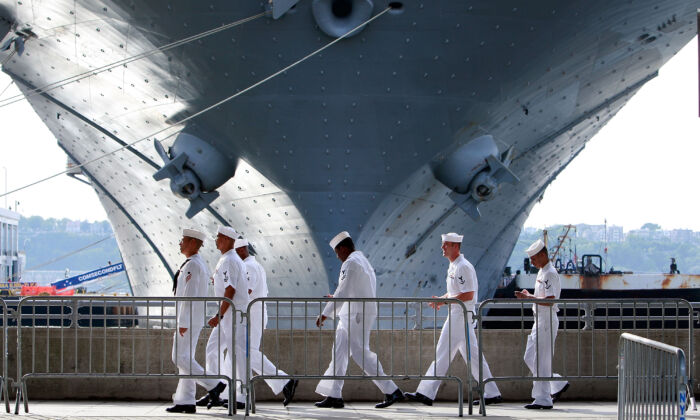 The U.S. Navy has removed certain books from its recommended reading list that were accused of containing “anti-American” or “Marxist” content last year.

Chief of Naval Operations Adm. Mike Gilday released on May 6 an updated version of the Professional Reading Program (CNO-PRP), which includes a list of recommended books as part of the Navy’s effort to help develop the professionalism of all sailors.

The admiral’s latest list consists of 12 books in the genres of fiction, non-fiction, military, strategy, management, and technology, among others.

The shortened list, compared to the 2021 version, is missing controversial titles including “How to Be an Antiracist” by Ibram X. Kendi, “Sexual Minorities and Politics: An Introduction” by Jason Pierceson, and “The New Jim Crow” by Michelle Alexander.

The overtly political books, currently absent, came then under fire from Republican lawmakers, some of whom accused that it would promote “a racial form of Marxist philosophy” and “reinforce the view that America is a confederation of identity categories of the oppressed and their oppressors.”

Congress members also urged the removal of what they said could further “poison” the U.S. military.

Gilday had said at that time that he would not remove certain books from his list as he wants all Navy personnel to achieve the same level of “self-reflection.” Yet he admitted that he did not approve of every viewpoint of the listed books.

“It evokes the author’s own personal journey in understanding barriers to true inclusion, the deep nuances of racism and racial inequalities,” Gilday explained in March 2021 about his decision to include Kendi’s book.

A spokesman from the U.S. Navy didn’t respond immediately to a request for comment on the missing CNO-PRP titles.

“We are driving a fleet-wide campaign of self-improvement,” said Gilday in a recent statement. “We must foster an organization that supports and empowers Sailors to have an independent quest for knowledge through reading and information sharing.”