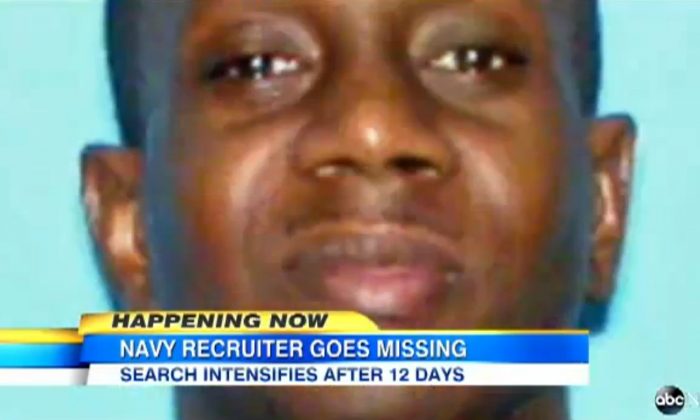 A screenshot of ABC News shows Kevin Williams.
US

A respected Jacksonville Navy recruiter was reported missing nearly two weeks ago, and authorities are trying to find clues as to where he could have went.

Chief Petty Officer Kevin Williams, 39, was reported missing by his wife, Vanessa, after they got into a fight in a parking lot.

“I was so mad with him, so I said ‘Wait here. I’m not…I don’t want to walk with you and argue anymore,” she recalled telling her husband, reported ABC News. When she came hack, her husband was gone and his cell phone was left behind.

The couple has two children.

Earlier this month, his wife told First Coast News: “It is not like my husband not to come home.”

Williams was last seen at a convenience store near Avenues Mall in Jacksonville. His wife said he took out $15 from an ATM.

He is active-duty and was wearing blue camouflage, reported News4Jax.com.

“At this time, he is AWOL from the United States Navy, which is unusual since his rank is a chief,” Jacksonville Sheriff’s Office Lt. Robert Schoonover was quoted by ABC News as saying.