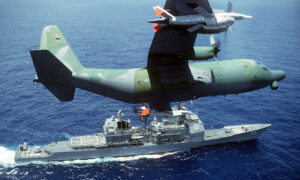 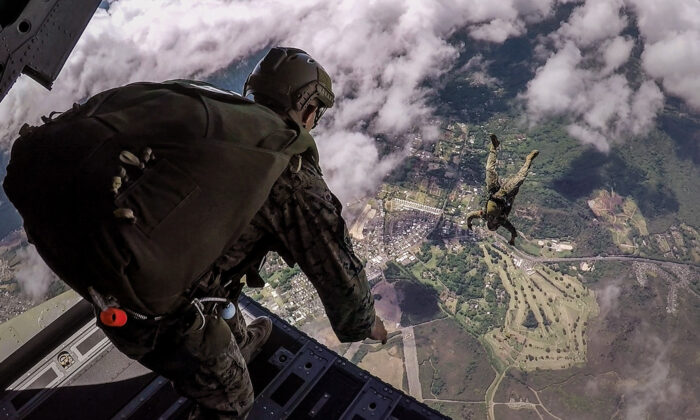 PROVIDENCE, R.I.—The U.S. Navy is overhauling its approach to education because the nation no longer has a massive economic and technological edge over potential adversaries, according to a strategy released on March 2.

The Education for Seapower Strategy 2020, provided to The Associated Press ahead of its release, is the first unified, comprehensive education strategy for the Navy and Marine Corps, said John Kroger, who is implementing the strategy as the Navy’s first chief learning officer.

It’s very much a response to the nation’s geopolitical position in the world today, versus the advantages it had at the end of the Cold War, Kroger said, noting China’s economic strength and investments in 5G networks, energy storage, and other major technologies that matter for war-fighting.

The Navy wants to create a naval community college to provide associate’s degrees to tens of thousands of young sailors and Marines, at no cost to them. It plans to unify the schools within the existing naval university system, similar to a state university system, and invest in them, as well as enact new policies to encourage and reward those who pursue professional military and civilian education.

“In a world where potential adversaries are peers economically and technologically, how do you win?” Kroger said in an interview. “We think we can out-fight potential opponents because we can out-think them. In order to do that, we must have, by far, the best military education program in the world.”

Kroger came to the Navy from Harvard University, where he was a visiting professor at Harvard Law School and leader in residence at the Kennedy School of Government. He was president of Reed College in Portland, Oregon, from 2012 to 2018, and previously served as Oregon’s attorney general. Kroger served as a Marine from 1983 to 1986.

Though the need to ensure an advantage in fighting wars is driving the reforms, Kroger said, the educational opportunities will change how and whom the Navy recruits. It’s more challenging to recruit when there’s relatively low unemployment, he said.

The strategy doesn’t specifically say how much the Navy is looking to spend on education or where the money will come from. Kroger said it will rely mostly on existing education funding that can be used in a more cost-effective way. About $109 million was transferred from other Navy programs this fiscal year to pay for immediate education needs, including startup costs for the community college.

The Navy will ask Congress for more money for education beginning in the fiscal year 2022, but the numbers aren’t finalized, Kroger said. He estimated it will cost $40 million to $50 million annually for the community college, to educate about 40,000 people each year.

There won’t be a physical community college campus. Some general education classes would be provided online, but sailors and Marines would do the vast majority of their coursework online through civilian universities and community colleges that partner with the Navy. The Navy plans to seek approval from Congress this year and enroll the first students next year.

For the existing naval schools, the Navy wants to do budgeting for the system as a whole and Kroger will review their curriculum to avoid unnecessary duplication. The schools—the Naval War College in Rhode Island, Marine Corps University in Virginia, Naval Postgraduate School in California, and the Naval Academy in Maryland—will be expected to align their plans with the strategy.

To encourage service members to pursue educational opportunities, academic achievement will be rewarded by the boards that decide promotions and integrated into fitness reports and evaluations. There’s a close connection between a person’s curiosity and aptitude for learning and their capacity to lead, the strategy states.

When the United States entered World War II, almost all its admirals were Naval War College graduates. Now, less than a quarter of them are because the Navy hasn’t stressed education as much, Kroger said.

“It’s somewhat of a shift, I think, from ways people think about the effectiveness of the armed forces,” he said. “We’re not talking here about how fast our jets are, how powerful our missiles are. We’re talking about the brainpower of our team.”