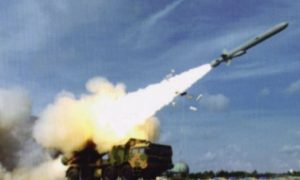 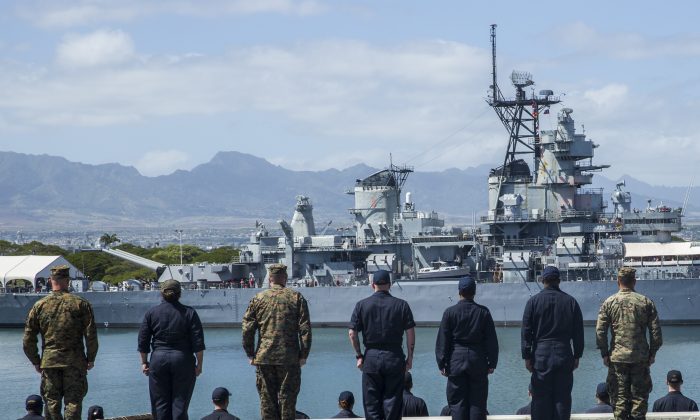 U.S. Marines and Sailors stand at attention in preparation to render honors to the Pearl Harbor memorial on Feb. 23. A Navy officer is being charged for spying on behalf of China. (U.S. Marine Corps/Lance Cpl. Alvin Pujols)
China

A naval officer who flew some of America’s most secretive aircraft, and who attended U.S. Navy nuclear training schools, has been accused of spying on the U.S. military on behalf of China and Taiwan.

Lt. Cmdr. Edward Chieh-Liang Lin, who emigrated to the United States from Taiwan, is now being held in a Navy brig in Virginia, according to U.S. Naval Institute News (USNI News).

It reports that Lin served as a “nuclear-trained enlisted sailor,” and as a “signals intelligence expert on the Navy’s sensitive EP-3E Aries II surveillance aircraft.”

According to the complaint, Lin’s charges include two cases of espionage, three cases of attempted espionage, five cases of communicating defense information, one count of patronizing prostitutes, one case of violating general order, and one case of adultery (which violates military law).

The complaint is heavily redacted, and details on the case are still somewhat slim, but USNI News was able to gain more information on the case from unnamed sources and open source military reports.

Although news of Lin’s case is only now being widely reported, he has allegedly been in pre-trial confinement for close to eight months as he awaits trial. His Article 32 hearing (similar to a preliminary hearing in civilian courts) under the United States Uniform Code of Military Justice was held on April 8.

It has allegedly been designated a “National Security Case,” and USNI News notes “The cases are tried under an additional set of rules than normal courts-martial due to the sensitivity of the evidence involved in the proceedings.”

Lin’s case is currently in the hands of U.S. Fleet Forces commander Adm. Phil Davidson, according to USNI News, who will decide if it will proceed to a court martial (a military trial).