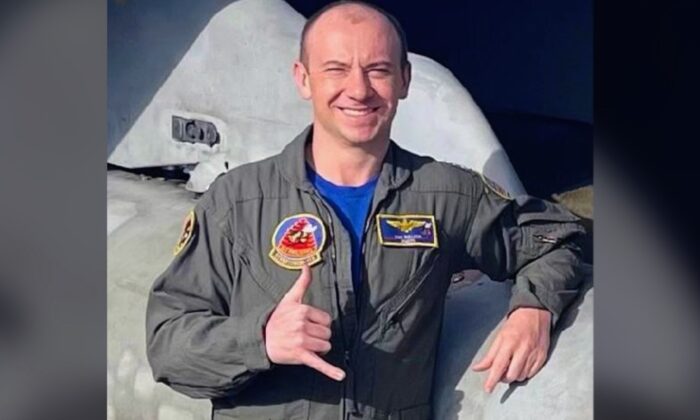 An undated photo of U.S. Navy pilot, Lt. Richard Bullock, who was killed when his F/A-18E Super Hornet crashed in the vicinity of Trona, Calif., on June 3, 2022. (Courtesy of U.S. Navy)
US News

The U.S. Navy has identified the pilot who was killed in a fighter jet crash during a routine training mission in California last week.

Bullock was assigned to Strike Fighter Squadron (VFA) 113 based at Naval Air Station (NAS) Lemoore, which is home to the Navy’s newest and largest master jet base.

“The Navy mourns this tragic loss alongside the family, friends and shipmates of Lt. Bullock,” officials said.

Recovery efforts are continuing and the scene of the crash is secured by Navy officials; local authorities are assisting in the ongoing investigation.

“No civilians were harmed as a result of this incident,” according to the Navy.

Trona is about 236 miles southeast of NAS Lemoore, which is located in California’s Central Valley.

In October 2020, a F/A-18E Super Hornet from NAS Lemoore went down during a routine training mission in the Mojave Desert; the pilot safely ejected.

On July 31, 2019, another Super Hornet crashed in Death Valley National Park during a training mission, killing the pilot and slightly injuring seven park visitors who were struck by debris.