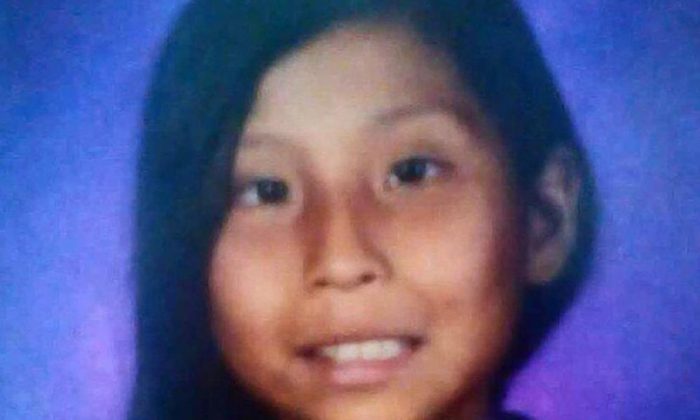 Navajo Girl Found Dead After She Was Abducted in New Mexico

A Navajo girl was found dead after she was abducted in New Mexico by a man in a van.

Ashlynne Mike, 11, was kidnapped along with her 9-year-old brother when the two left school on Monday afternoon in Shiprock, New Mexico. The suspect is believed to be a stranger driving a maroon van, reported the New York Daily News.

Her brother was able to escape and was found in Red Valley, NM, around three hours away from where the siblings were abducted.

Federal, tribal, state and county officers were involved in the search for the girl. A New Mexico State police helicopter was also called in.

“I’m so devastated…No one will know the way I feel right now…I love you Ashlynne… You never deserved anything like this…RIP,” Anna Celeste Begay, the sister of Ashlynne sister, wrote on Facebook.

Police are still searching for the kidnapper.

Jesse Delmar, the tribe’s public safety division director, said, “We were very hopeful that we would find her in good shape.”

An Amber Alert was issued for the missing girl, who was last seen on Navajo Route 36.

The suspect was described as Native American, but no other details were released.