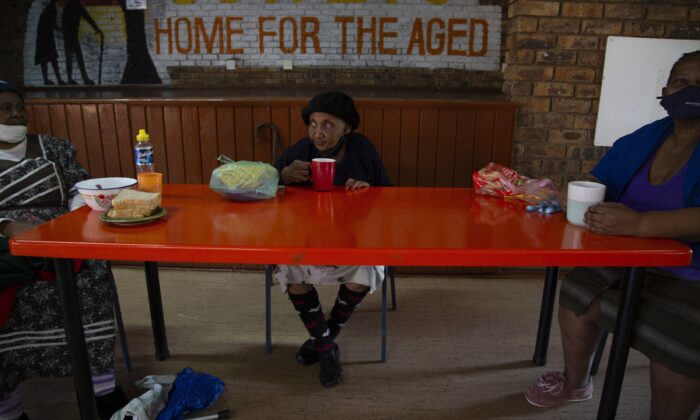 A high immunity among South Africans that stems primarily from prior infection is likely a contributing factor to the lower hospitalization rate the country has recorded amid the surge in COVID-19 cases after the Omicron variant of the CCP (Chinese Communist Party) virus became dominant, according to a pair of new studies.

COVID-19 infections in South Africa have skyrocketed in recent weeks, but hospitalizations have risen much more slowly compared to the previous wave, which was driven by the Delta variant.

In comparison, during the same time period of the last wave, 38,577 cases were recorded, with 10,088 requiring hospital care and 668 dying.

“We believe that the evolution of cell-mediated immunity from prior natural infection and vaccination is resulting in the uncoupling of the high case rates seen with the Omicron variant and the rates of severe disease,” South African researchers said in one of the new studies, a preprint done with funds from the Bill & Melinda Gates Foundation.

The immunity is “primarily due to natural infection, with or without COVID-19 vaccination,” they added later.

In the other study, also not yet peer-reviewed, South African scientists said people who get infected now face roughly 80 percent lower odds of needing hospital care when compared to individuals who got COVID-19 from the Delta variant.

Additionally, people who do get admitted to hospitals have a lower chance of developing severe disease and are staying, on average, for fewer days than before.

That’s likely due in part to “high levels of population immunity (due to natural infection and/or vaccination),” wrote the researchers, who received funding from the South African Medical Research Council.

While seropositivity estimates have been high in South Africa, vaccination rates have been relatively low. As of this week, about half of adults 18 or older had received a COVID-19 vaccine, including people who only got one shot.

Early studies indicate Omicron can better evade immunity from both prior infection and vaccination, though both have held up well against hospitalization and severe disease. Just 1.7 percent of patients with COVID-19 were needing hospital care in South Africa, compared to 19 percent during the Delta wave, Health Minister Joe Phaahla told reporters last week.

Vaccine booster doses, meanwhile, show promise against Omicron, though experts aren’t sure how long the restored protection will last.

In South Africa, most people who have been admitted to hospitals or died with COVID-19 in recent weeks either did not receive a vaccine or just received one dose, according to the country’s National Institute For Communicable Diseases. Officials there are encouraging people to get a vaccine or get a booster if they’ve already gotten one.

Cheryl Cohen, an epidemiology professor at the University of the Witwatersrand who helped with the second study, told reporters in a virtual briefing Wednesday that researchers could not tell if vaccination, natural immunity, or an intrinsic reduced virulence of Omicron have played the largest role, but that she believes the findings are generalizable to other countries in Sub-Saharan Africa, which have similar levels of previous infection.

“I think what is unclear is how the picture will be similar in countries where there are high levels of vaccination but very low levels of previous infection,” she added. “The baseline epidemiology is different. But I think, compellingly, our data really suggests a positive story of a reduced severity of Omicron compared to other variants.”

Real-world data from other countries also points to a reduced severity, including lower hospitalization rates in Denmark and the United Kingdom when compared to previous waves.

At the same time, Imperial College London researchers said last week that they found no evidence of lower severity with Omicron versus Delta; and in Denmark, “the jury is still out” because of the small amount of data to study thus far, Troels Lillebaek, professor of infectious diseases epidemiology at the University of Copenhagen, told The Epoch Times in an email.

Still, there does seem to be enough evidence out to show Omicron is less severe than previous strains, “but we do not know yet if this is because of increasing cellular immunity in the population in December 2021 versus an inherent property of the strain that makes it less virulent or both,” Dr. Monica Gandhi, director of the University of California, San Francisco-Bay Area Center for AIDS Research, told The Epoch Times via email.

Beyond the high immunity in South Africa “this could be partially because the strain is less virulent and there was data from the University of Hong Kong last week that it is less likely to be able to infect lung cells than previous variants, a finding replicated by a laboratory at the University College London,” she added.