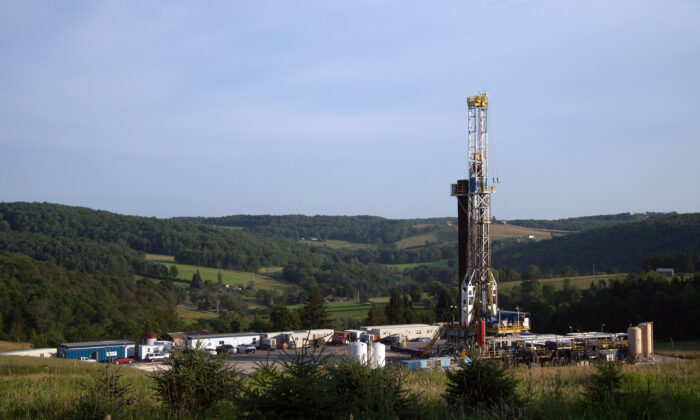 The U.S. Energy Information Administration just announced some spectacular news that should be banner headlines across the country: The price of natural gas has fallen to its lowest February level in 20 years.

The data shows that natural gas prices fell to $1.77 per million British thermal units. In inflation-adjusted terms, the price of gas has plunged by some 80 percent since its high of $13.60 12 years ago. The price is down 90 percent since 2005, when prices hit nearly $20. (Quick: Can you think of anything else that now costs one-tenth of what it did 15 years ago?)

The shale oil and gas revolution keeps rolling on—but no one is talking about it. This boom in production has affected the economy of every state, from Ohio and Pennsylvania to Texas, Oklahoma, Colorado and the Dakotas. By the way, oil prices have also fallen considerably, bringing gas prices at the pump to nearly $2 a gallon in some states. Prices are so low now that the drillers aren’t making any money and are starting to shut down wells. They are victims of their own success.

Today’s bargain-basement prices are partly due to moderate temperatures on the East Coast this winter, but this has been a long-term trend of cheaper and cheaper energy. America is now the Saudi Arabia of natural gas, and we are exporting more throughout the world than at any previous time in our history. It’s hard to believe that a decade ago, we were importing natural gas. Thanks to fracking and horizontal drilling technologies that keep getting more and more efficient, we now have hundreds of years of supply of this fuel.

This spectacular tumble in natural gas prices has been a multibillion-dollar godsend to consumers, homeowners, manufacturers, and other businesses. Just last week, a major Texas utility announced it would be sending homeowners cash-back checks because electricity and home heating costs are falling so rapidly. Expect more to do the same in the coming months.

Meanwhile, the United States continues to reduce its carbon emissions into the atmosphere at a faster pace than virtually any other country in the world. This is because natural gas is not just cheap. It is one of the cleanest ways to produce scalable and dependable electric power for a nation of 329 million people. We don’t need brownouts in America as we saw in California, and natural gas is an excellent way to make sure the lights don’t go out.

It would be hard to find anything NOT to like about this great American success story. We’ve achieved energy independence; reliable and inexhaustible supply; low prices; reduced power of the Middle East, Russia and other OPEC nations; and cleaner air than at any other time in at least a century.

Yet liberal environmentalists are grousing about this good news. A recent Bloomberg news story exclaims in its headline: “Cheap Gas Imperils Climate Fight by Undercutting Wind and Solar.”

“Gas is such a bargain that it’s being viewed less as a bridge fossil fuel, driving the world away from dirtier coal toward a clean-energy future,” the story tells us, “and more as a hurdle that could slow the trip down. Some forecasters are predicting prices will stay low for years, making it tough for states, cities, and utilities to achieve their goals of being zero-carbon in power production by 2050 or earlier.”

Ravina Advani, head of renewable energy at BNP Paribas, complained: “The fact that there’s an abundance of it makes the move to complete decarbonization much harder … (Gas is) reliable, and it’s cheap.”

And that is bad news, why, exactly? It’s like saying a cure for the coronavirus is bad for hospitals and doctors.

Maybe it’s high time we admit we have found, for now, the great energy source of the next few decades and celebrate that America is endowed with a vital resource that is abundant and affordable—just like our best-in-the-world farmland. The left talks about eradicating “poverty,” but “energy poverty” is a primary source of deprivation around the world.

Now, there is an obvious solution: Natural gas could easily be the primary source of power production for the world as a whole, slashing costs for the poor everywhere on the planet, from sub-Saharan Africa to Bangladesh. Instead, politicians and government bureaucrats around the world are trying to force-feed the world expensive, unreliable, and unscalable wind and solar power. The African Development Bank, for example, is only financing “green energy” projects, not coal or natural gas. It is substituting a cheap form of clean energy for a costly “green” alternative. Why?

In the United States, this foolishness is happening every day as the federal government, in addition to state governments, is massively subsidizing wind and solar power—even though they are, in most places, only niche sources of fuel. With more than $100 billion spent already, less than 10 percent of our energy comes from the wind and the sun, with most of the other 90 percent coming from good old-fashioned fossil fuels.

For all the talk about the falling costs of solar and wind power—and yes, they are falling—without billions of dollars of cash subsidies and tax breaks for the “renewable” energy sector, along with mandates requiring utilities to buy the power at any cost, wind and solar energy would be hopelessly expensive in most areas of the country. As a result, they would quickly surrender market share to natural gas and clean coal. (Don’t look now, but coal prices are falling, too.)

It’s time to get smart about energy and climate change and throw asunder taxpayer subsidies doled out to all forms of energy production. Let the market, not politicians and environmental groups, choose the safest, cheapest and most reliable energy source. Everyone is making a big bet on battery-operated cars and trucks. But who’s to say that trucks and buses fueled by natural gas won’t be the wave of the future? No one knows what makes the most sense or where the future will lead us. Nuclear power has great promise.

But for now, the markets are shouting out for natural gas on a grander scale.

Fifteen years ago, no one would have thought we would have a superabundance of this wonder-fuel today. But we do. No one is more surprised than politicians. Why do we let them keep betting the farm on the wrong horse?