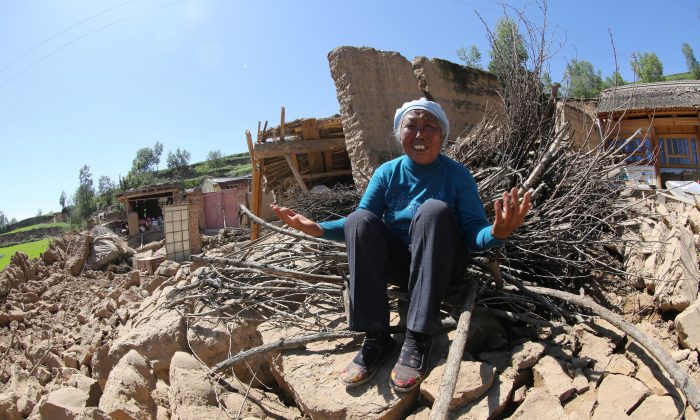 The number of natural disasters occurring in China has been significantly high this year, with earthquakes occurring much more frequently than anticipated.

China’s average annual number of earthquakes between M5.0 (magnitude 5 on the Richter Scale) and M5.9 has usually been approximately 20, between M6.0 and M6.9 has occured on average 3 to 4 times, and two occurrences of M7.0 or larger may occur every two to three years, according to the China Earthquake Networks Center (CENC).

However, in recent years, frequent earthquakes of unexpectedly large magnitudes have occurred in China.

China’s Ministry of Civil Affairs stated in a report that earthquakes ranging between M5.0 and M8.0 have occurred 21 times in the first six months of 2013, which is much higher than the annual earthquake predictions of the CENC.

Despite the increasing number of all types of natural disasters, earthquakes are considered to be the most damaging and to cause the highest economic losses.

Earthquakes caused more damage to the country than any other severe weather disasters—drought, floods, snowstorms, hail, landslides, sandstorms, prairie fire, storms, and typhoons struck the country from January to June. But, 32 percent of house collapses and 53 percent of houses damaged are primarily due to devastating quakes, the Ministry of Civil Affairs report said.

Six M5.0+ earthquakes were recorded in Sichuan alone during the six months, with the tremor damages accounting for 80 percent of the nation’s total earthquake-related economic losses, according to a July report by China Meteorological Administration (CMA).

The biggest Sichuan earthquake during the period, occurring on April 20, 2013, was M7.0 and killed more than 196 people, injured 13,484, and affected 2.31 million, according to official statistics.

Yet, these three counties claimed the total economic losses had been estimated at 169 billion yuan (approximately US$27 billion). According to the 21st Century Business Herald, this amount is 21 times more than the counties’ combined gross domestic product (GDP) of 2012.

Three days before an M5.2 earthquake rattled Southwest China’s Yunnan Province on April 17, 2013 causing at least 10 injuries and damaging more than 16,109 homes and other buildings, a man had predicted the possibility of a M5.0 earthquake in Yunnan’s Dali Bai Autonomous Prefecture and posted his warning blog on Sino Weibo—China’s Twitter-like microblogging site.

After the Yunnan quake, the blogger said his prediction was made by analyzing the data obtained from the Yunnan Earthquake Administration’s official website. In response, the provincial administration claimed it is illegal to publicly release information submitted by individuals or private sectors regarding any anticipated future earthquake.

The Chinese Communist Party (CCP) leaders have been ignoring such warnings for more than 30 years.

For example, three seismological monitoring organizations warned Chinese authorities of the impending Tangshan earthquake 30 years ago. Majiahe Seismic Center at Kailuan Mine, Beijing City Seismic Bureau, and Tangshan City Seismic Office reported seismological changes to the National Seismological Bureau and urged it to take preventive measures to reduce potential damage. But authorities ignored the warnings and deliberately withheld the information for the sake of political stability.