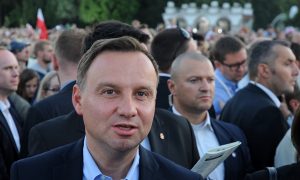 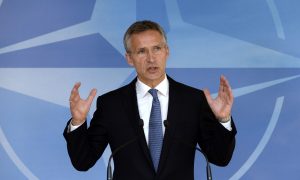 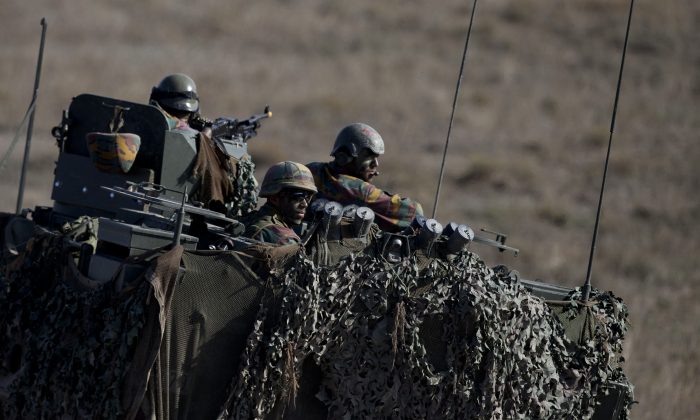 ZARAGOZA, Spain—NATO is putting on its most fearsome display of military might in over a decade, a choreographed large-scale movement of soldiers, ships, and planes meant to hone its capabilities as well as transmit an unmistakable signal to Russia and other possible foes.

The U.S.-led alliance’s aim is to train and exercise, but it is also “sending a very clear message to our nations and to any potential adversary,” NATO Secretary General Jens Stoltenberg told a news conference Wednesday.

“NATO does not seek confrontation,” Stoltenberg said. “But we stand ready to defend all allies.”

For three weeks starting Oct. 21, more than 36,000 personnel from all 28 NATO allies and 8 partner nations, as well as more than 160 aircraft and 60 warships, are taking part in exercises across a broad swath of southern Europe stretching from Portugal to Italy.

The No. 1 objective of the maneuvers, code-named Trident Juncture, is to ensure NATO’s beefed-up Response Force is up to the job, and that the United States and its allies can respond promptly and in unison to a crisis.

The last time NATO regularly held exercises of this magnitude, we were in the midst of the Cold War.
— Alexander Vershbow, deputy secretary general,,  NATO

For more than a year, the alliance has been in the throes of a major makeover, largely in response to Russia’s 2014 annexation of Crimea and support for a pro-Russia separatist insurgency in eastern Ukraine, but also to better meet the new types of security threat represented by ISIS and other armed extremist organizations.

“The last time NATO regularly held exercises of this magnitude, we were in the midst of the Cold War, facing the Soviet threat,” Alexander Vershbow, Stoltenberg’s deputy and the ranking American civilian at NATO, said at last month’s official opening of Trident Juncture at Trapani air base in Sicily.

On Wednesday, more than 500 paratroopers from the 2nd Brigade Combat Team, 82nd Airborne Division, parachuted onto a military training ground in northeastern Spain after a nine-hour flight aboard C-17 Globemaster IIIs from their home base at Fort Bragg, North Carolina.

Earlier in the day, also as part of Trident Juncture, 1,800 troops from 12 NATO nations, backed by helicopters and tanks, simulated an attack against an imaginary enemy holed up in a mock village at the San Gregorio training ground near the Spanish city of Zaragoza.

The displays are meant to showcase the alliance’s military muscle and the trans-Atlantic bond it was founded to safeguard.

And NATO has said it wants other countries to witness what it’s doing. It said three Russian inspection teams arrived in late October to examine Trident Juncture activities in Italy, Portugal, and Spain, and that “in the interest of promoting transparency,” observers from 11 other countries, ranging from the United Arab Emirates to Mexico, have also been invited.

So far, the Russians appear unpersuaded. They stayed away from Wednesday’s events at the San Gregorio training grounds, according to German Army Gen. Hans-Lothar Domroese, Trident Juncture’s commander.