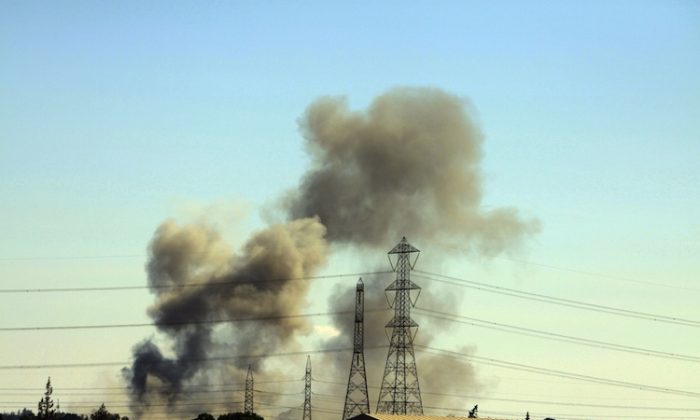 NATO responded to a report that criticized the 28-nation bloc’s mission in Libya last year, saying it killed 72 Libyan civilians in air strikes.

The organization said it is responding to a report that was released by Human Rights Watch (HRW), which said the civilians, many of whom were women and children, were killed during the campaign designed to aid rebels in the ousting of Moammar Gadhafi’s regime.

In a statement, NATO said it conducted the campaign “with unprecedented care and precision” and that it was fully consistent with international law and the United Nations Security Council mandate to protect civilians.

“NATO did everything possible to minimize risks to civilians, but in a complex military campaign, that risk can never be zero,” the statement reads. “We deeply regret any instance of civilian casualties.”

NATO said the Libya operation was a success, with more than 26,000 sorties and 9,600 strike missions, destroying around 5,600 targets. The operation began in March and ended on Oct. 31 of last year.

New York-based HRW accused NATO of failing “to acknowledge” the 72 deaths. “Attacks are allowed only on military targets, and serious questions remain in some incidents about what exactly NATO forces were striking,” Fred Abrahams, special adviser to the rights group and primary author of the report, said on Monday.

The rights organization said the most serious attack on civilians took place in the town of Majer, around 100 miles east of Tripoli, last August when air strikes killed 34 civilians at two family compounds.

HRW added that NATO should establish a payment system to the families of victims who were killed during combat missions, citing what the organization has done after missions in Afghanistan.

However, NATO said that it “has looked into each credible allegation of harm to civilians” during its air strike missions, reviewing all the allegations and confirming that its targets were “legitimate military” ones. It added that individual nations in the bloc were assessing some of the allegations.

HRW said that countries like Russia have attempted to exaggerate the number of civilians killed in Libya “to score political points rather than protect civilians.” It added that Moscow “grossly exaggerated claims” of how many civilians had been killed, and HRW said that NATO took care to minimize the deaths of civilians.

But, “The overall care NATO took in the campaign is undermined by its refusal to examine the dozens of civilian deaths,” HRW’s Abrahams said. “This is needed to provide compensation for victims of wrongful attacks, and to learn from mistakes and minimize civilian casualties in future wars.”