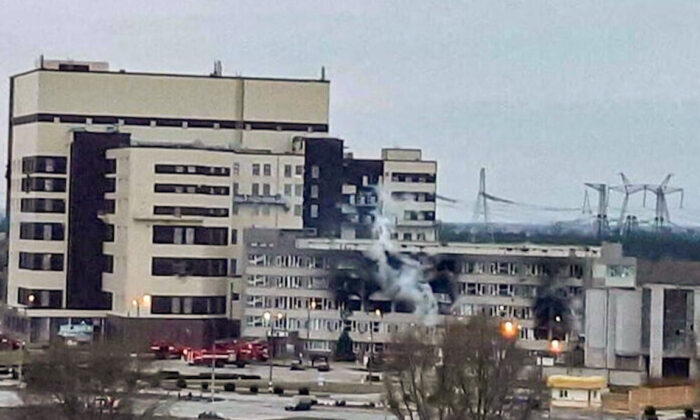 NATO allies rejected Ukraine’s request to set up and enforce a no-fly zone over Ukraine, saying that it would lead to a larger, more devastating conflict across Europe.

“We are not part of this conflict, and we have a responsibility to ensure it does not escalate and spread beyond Ukraine,” NATO Secretary-General Jens Stoltenberg told a news conference on Friday in Brussels, echoing statements made by White House officials several days ago about whether a no-fly zone.

For more than a week, Ukrainian President Volodymyr Zelensky has called for a no-fly zone over his country, which would mean that U.S. and NATO assets would be used to potentially shoot down Russian planes and missiles, which could escalate the conflict. Inside the United States, at least one member of Congress, Rep. Adam Kinzinger (R-Ill.), proposed a no-fly zone—drawing significant condemnation.

“We understand the desperation but we also believe that if we did that (a no-fly zone) we would end up with something that could lead to a full-fledged war in Europe involving much more countries and much more suffering,” Stoltenberg said.

Stoltenberg said that the only way a no-fly zone could be enforced would entail NATO planes shooting down Russian ones.

“Allies agree we should not have NATO planes operating over Ukrainian airspace or NATO troops operating in Ukrainian territory,” the NATO chief said.

Meanwhile, Zelensky and others have called on NATO to send warplanes to Ukraine, which is not a member of NATO or the European Union. About a week ago, reports indicated that some NATO members would send fighter jets to Ukraine but it never materialized. Some NATO members and partners have sent weapons, including anti-tank missiles to Ukraine since the conflict erupted on Feb. 24.

Overnight, Russian and Ukrainian forces battled near the Zaporizhzhia nuclear power plant in Ukraine, damaging several buildings, which sparked fears of a Chernobyl-like nuclear meltdown. But U.N. atomic officials said Friday that no reactors were damaged in the fighting.

Zelensky on Thursday again called for a no-fly zone, according to a video posted on social media. The no-fly zone, he added, would ensure that no nuclear plants would be damaged.

“It is a war crime to attack a nuclear power plant. Putin’s shelling of Europe’s largest nuclear plant takes his reign of terror one step further,” the U.S. Embassy in Kyiv also said in a Twitter post.

If the nuclear plant is further damaged or intentionally attacked, it’s not clear what NATO members would do. Stoltenberg did not address such concerns during Friday’s news conference but merely said his alliance wouldn’t enforce a no-fly zone.

Russian officials in the Ministry of Defense said that damage to the Zaporizhzhia was a “horrible provocation” on behalf of the Ukrainian military, according to state media.

“Last night, an attempt to carry out a horrible provocation was made by Kyiv’s nationalist regime on the area surrounding the station,” spokesman Major General Igor Konashenkov said on Friday.

He said that Ukrainian forces attacked Russian troops at around 2 a.m. local time and opened fire on a facility near the plant to “provoke a retaliatory strike on the building.” Zelensky denied that his forces provoked the attack.

Meanwhile, the days to come, Stoltenberg added, are “likely to be worse” because Russian forces are expected to bring in heavier weaponry after being stymied by Ukraine’s military on several fronts.

“With cities under siege, schools, hospitals, and residential buildings shelled. Reckless actions around a nuclear power plant last night and many civilians killed or wounded. The days to come are likely to be worse, with more death, more sufferings, and more destruction,” he said.