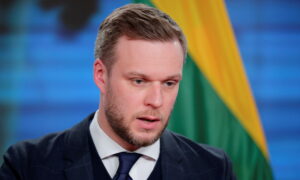 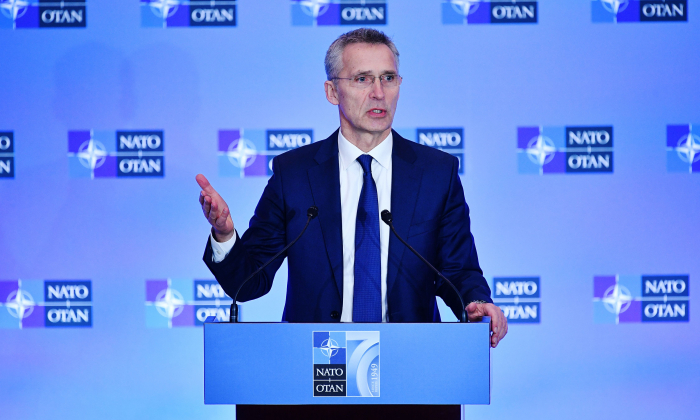 In addressing emerging challenges to the rules-based international order from authoritarian powers like China and Russia, NATO Secretary General Jens Stoltenberg said Friday that the alliance needs to not only improve its internal cooperation, but also broaden its reach to regions such as Asia, Africa, and Latin America.

“Russia and China are leading an authoritarian pushback against the rules-based international order,” Stoltenberg said in a keynote address presenting his vision of NATO 2030 at an event held by the Brookings Institution.

Challenges posed by Russia include its military build-up from the Arctic to Africa, intimidation of its neighbors, suppression of opposition at home, as well as cyber and hybrid attacks against NATO allies, Stoltenberg said.

“NATO does not see China as an adversary,” Stoltenberg said. “There are opportunities to engage with Beijing on issues like trade, climate change, and arms control.”

However, China poses also challenges that NATO must recognize, Stoltenberg said. “Beijing does not share our values.”

Beijing has the appetite to control critical infrastructure around the world including NATO countries, he continued. Among other challenges posed by the Chinese regime are the unprecedented system of surveillance and control that China exerted over its own people, the crackdown on peaceful dissent and religious minorities, threatening Taiwan, coercing China’s neighbors, and hampering freedom of navigation in the South China Sea, Stoltenberg said.

When highlighting the key points of NATO’s plans to address new challenges by 2030, Stoltenberg stressed the importance of the strong bond between NATO allies on both sides of the Atlantic.

According to NATO’s polling, over 80 percent of the alliance’s citizens “consider the relationship between North America and Europe important in dealing with security challenges,” Stoltenberg said.

NATO is not only a military alliance but it is also a political alliance, Stoltenberg explained. There are differences between allies but NATO should be a forum to “forge a common understanding” and coordinate members’ military, economic, and diplomatic responses to issues affecting transatlantic security such as Syria, Iran, or the South China Sea, he explained.

To uphold the rules-based international order and to defend allies’ values and interests, the alliance should speak with one voice, the secretary said.

Stoltenberg stressed the necessity to boost NATO’s military posture not only on land, at sea, in the air, but also in cyberspace, and in space to be able to defend all allies based on the principle of collective defense.

It will require modernization of the alliance’s capabilities and investing more in collective defense, he added.

The rule of collective defense stipulates that an attack against one member is considered an attack on all members of the alliance. It has been defined in Article 5 of NATO’s founding treaty.

To address new challenges NATO “must boost transatlantic innovation to sharpen our technological edge and prevent innovation gaps among allies” which will require “closer collaboration with our world-class researchers, industries, and start-ups [as well as] extra funding from those nations that decide to participate,” Stoltenberg said.

Another key aspect of NATO’s plans for 2030 is to develop alliance-wide resilience in order to protect NATO’s critical infrastructure and make its countries less vulnerable to attack and coercion, Stoltenberg said.

Upholding the rules-based international order is necessary to ensure freedom of navigation, safe and secure cyberspace, and to set new standards for emerging technologies, Stoltenberg continued.

It will require further engagement in partnership with European Union and to “forge new engagements with like-minded countries around the world, including in Africa, Asia, and Latin America,” he said.

NATO has established cyber as a military domain, alongside air, sea, and land domains, Stoltenberg said.

“We have also decided that a cyberattack can trigger Article 5, which demonstrates that we regard cyberattacks potentially as serious as a kinetic attack.”

The United States has recently been a subject of three major attacks on its critical infrastructure: the attacks on SolarWinds, a network software company, Colonial Pipeline, a fuel pipeline operator, and JBS, a meat supplier.

To address conflicts and instability in NATO’s neighborhood, the alliance plans to step up “training and capacity-building support for [its] partners, from Iraq to Jordan, and Georgia to Ukraine,” the secretary general said.

The alliance also plans a significant reduction of military emissions, “contributing to net-zero,” in order to address global warming, he added.

To achieve all these goals, the alliance needs to invest more, Stoltenberg explained.

“We are on the right track, with seven years of consecutive increases in defense spending by Europe and Canada. We must keep up this momentum,” he said.

Former President Donald Trump strongly advocated that each NATO member should spend two percent of its GDP on defense as they all committed to in 2014 but not all allies have complied with this requirement.

The United States was spending much more on defense than other allies, amounting to 4 percent to 4.3 percent of GDP. By contrast, ”Germany is paying 1 to 1.2 percent … of a much smaller GDP,” Trump said at a press conference held during the NATO Summit in 2019.

Stoltenberg did not mention the two percent spending commitment and did not provide more details about the common-funded budget increase.

“EU cannot defend Europe. EU cannot replace NATO as a cornerstone for European security,” Stoltenberg said when a concern was voiced in the discussion that the European Union, as an organization, has also developed its defense capabilities and NATO should cooperate with the EU in defense rather than compete.

“In the north, you have Norway, in the south, you have Turkey. And then in the west, you have the United States, Canada, and the United Kingdom, and of course, all of these countries in different ways are important for the defense of Europe,” he added.

“I welcome EU efforts on defense, but not [as] something that can replace, or duplicate, or protect Europe, because that’s something we had to do together in NATO, Europe, and North America, together with the UK,” the general secretary explained.