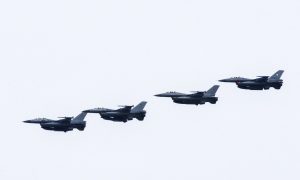 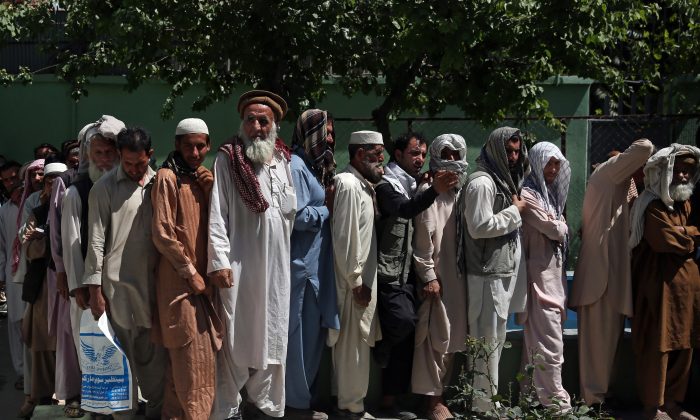 Afghan men wait in line to receive food donation during the holy month of Ramadan in Kabul, Afghanistan, Thursday, June 25, 2015. Muslims throughout the world are marking the month of Ramadan, the holiest month in the Islamic calendar during which devotees fast from dawn till dusk. (AP Photo/Massoud Hossaini)
International

BRUSSELS—NATO defense ministers are reassuring Afghanistan’s government that it can count on the alliance’s continued help after its military training and support mission, called Resolute Support, ends.

Alliance Secretary-General Jens Stoltenberg said Thursday that ministers committed their governments to maintaining “a civilian-led presence” in Afghanistan, which is now prey to terrorist attacks and an upsurge in fighting.

But the message to Afghan officials may also be that NATO help at current levels shouldn’t be counted on forever. Stoltenberg said that in “the long run, no country can be dependent on a high number of foreign forces.”

Before Resolute Support began in January, Afghanistan was the scene of a 13-year-long NATO-led combat operation, the biggest and longest in the alliance’s history.