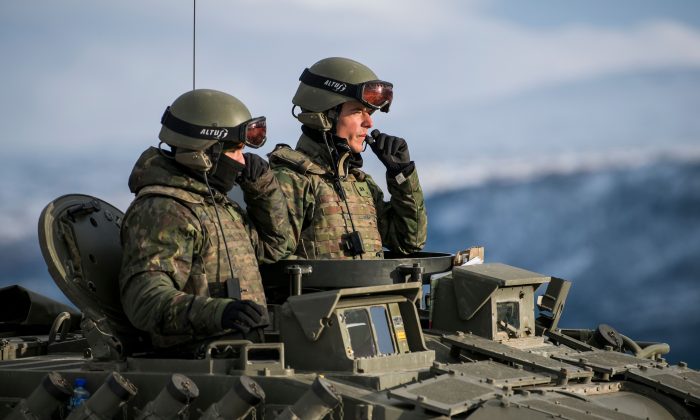 Spanish soldiers in a tank during an exercise to capture an airfield as part of the Trident Juncture 2018, a NATO-led military exercise, near the town of Oppdal, Norway, on Nov. 1, 2018 (JONATHAN NACKSTRAND/AFP/Getty Images)
Viewpoints

NATO Is Now Stronger Than Ever 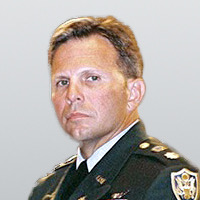 The North Atlantic Treaty Organization (NATO) is now stronger than ever. What was a Cold War relic is now returned to service with renewed vigor and teeth.

Take it from NATO Secretary General Jens Stoltenberg himself, who said that President Trump’s pressure on European allies to meet their military funding commitments has had “real results.”

When asked if he was concerned that President Trump’s tough rhetoric might be “helping Putin splinter NATO,” Stoltenberg said the exact opposite is happening.

“What I see is that actually NATO is united because we are able to adapt to deliver,” he explained. “North America and Europe are doing more together now than before.”

For context, U.S. defense spending amounted to just under $686 billion in 2017, equating to 3.6 percent of GDP. By comparison, Germany spent around $45 billion on its armed forces last year, or 1.2 percent of GDP.

For years, our NATO allies in Europe have shortchanged the system and relied on the United States to foot most of the bill for our mutual defense, but President Trump shocked the elites of Washington and Brussels by demanding that those countries actually meet their pledges to spend at least 2 percent of GDP on defense.

President Trump declared during the 2018 NATO summit that the United States will no longer tolerate other member states spending only a little more than 1 percent of their GDP on defense while the United States “in actual numbers is paying 4.2 percent of a much larger GDP,” saying this is not fair to U.S. taxpayers and “we’re not going to put up with it.”

While some European diplomats initially reacted to the President’s pronouncement with outrage, it’s now clear that his strategy is bearing fruit.

The biggest loser in all this is Russia—a country that spent just $66.3 billion on defense in 2017, a 17 percent decline from the previous year and the first year-over-year drop since 1998.

That means the $100 billion in new defense spending promised by our NATO allies in Europe is nearly double that of Russia’s entire 2017 budget.

President Trump is an effective negotiator—proof’s in the pudding so to speak. Despite political criticism (most of it free of facts) both at home and abroad, his insistence that our allies meet their spending commitments has made NATO stronger than it’s been for years.

His policy is strength. His Reaganesque view of security is necessary. His goals of protecting the interests of the United States and our allies are being realized.