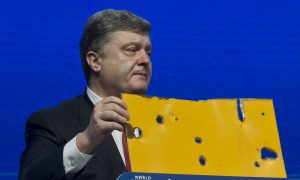 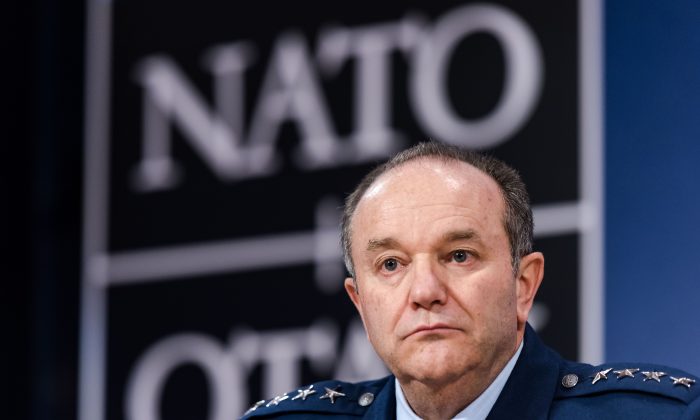 NATO: Fighting in Eastern Ukraine Fiercer Than Ever

BRUSSELS—Fighting in eastern Ukraine is fiercer than ever in some locations, NATO’s top commander in Europe said Thursday — adding that the weapons systems seen now in the region have in the past heralded a fresh incursion by Russian troops.

“Violence has intensified and changed character in Ukraine,” U.S. Air Force Gen. Philip Breedlove told a news conference at NATO headquarters. He said the fighting has re-escalated to levels seen before the Sept. 5 Minsk cease-fire agreement “and in some cases beyond.”

“(But) what we do see is that the Russian-backed forces have renewed capability now to bring pressure on the Ukrainian forces, and have in several places moved the line of contact to the west,” he added.

He declined to specify which systems, and whether they include the Buk mobile surface-to-air missile battery blamed for shooting down a Malaysian jetliner on July 17, killing all 298 people aboard. But on two prior occasions, Breedlove said, deployment of such weaponry was accompanied by a border crossing by Russian troops.

“We see the same types of equipment, etc. in eastern Ukraine now,” he said.

Breedlove spoke after defense chiefs from NATO’s 28 nations met to help the alliance meet its wide-ranging agenda for 2015.

Without disclosing many details, Breedlove said a decision was made taken to restore direct contacts between NATO and the chief of the Russian general staff, Gen. Valery Gerasimov, ties that were broken off after Russia’s annexation of Crimea last March.