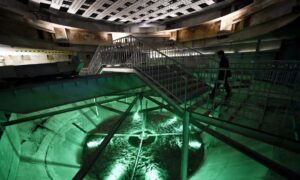 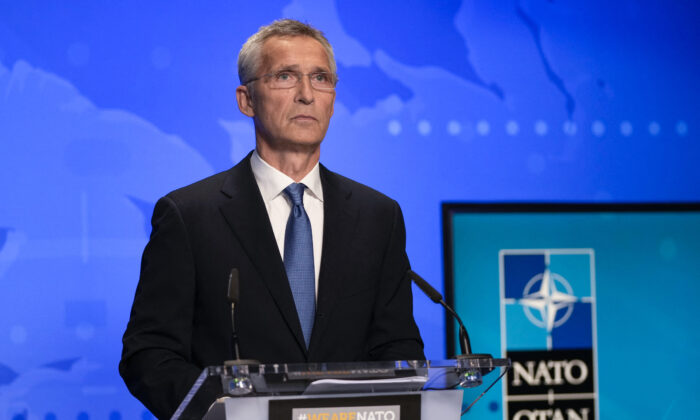 “China’s nuclear arsenal is rapidly expanding, with more warheads and more sophisticated delivery systems,” he said. “Moreover, China is building a large number of missile silos, which can significantly increase its nuclear capability.

“All of this is happening without any limitation or constraint and with a complete lack of transparency.”

He voiced the concerns during a speech at the annual NATO conference on arms controls in Copenhagen, Denmark.

U.S. officials have been voicing similar concerns about China’s nuclear stockpile in recent months. In early August, U.S. Secretary of State Antony Blinken said Beijing “has sharply deviated from its decades-old nuclear strategy based on minimum deterrence” with its rapid growth of the country’s nuclear arsenal.

Blinken’s warning came after discoveries by the Federation of American Scientists and the California-based James Martin Center that Beijing is building more than 200 nuclear silos at two separate fields in western China.

“As a global power, China has global responsibilities in arms control. And Beijing, too, would benefit from mutual limits on numbers, increased transparency, and more predictability. These are the foundations for international stability,” he said.

Stoltenberg also said that emerging technologies, such as autonomous platforms and artificial intelligence, should also be included in future arms control talks, as they could be weaponized.

In 2019, the United States withdrew from the Intermediate-Range Nuclear Forces (INF) Treaty, saying that Russia had violated the bilateral pact. Signed in 1987, the treaty prohibited both nations from deploying ground-launched ballistic and cruise missiles with ranges between 310 and 3,410 miles.

The U.S.–China Economic and Security Review Commission (USCC), in its report published in January 2019, said the treaty limited the United States in how it could defend its interests in Asia, as China isn’t a signee to the treaty.

“Remaining outside of the pact has allowed China to rapidly expand its missile arsenal as part of a military strategy designed to counter U.S. and allied military power in Asia,” the report reads.

Following the U.S. withdrawal from the INF treaty, the Trump administration tried unsuccessfully to pursue a trilateral arms control deal with Russia and China. The Biden administration has signaled that it will hold bilateral talks with both nations on the matter.

President Joe Biden has renewed the New START arms control treaty with Russia for another five years, until Feb. 5, 2026. The treaty, which was signed in 2010 and came into force the next year, limits Russia and the United States to no more than 1,550 deployed nuclear warheads.

Robert Wood, U.S. disarmament ambassador, told a U.N. conference in May that China wasn’t willing to engage in bilateral nuclear arms talks. At the same meeting, China said it was “ready to carry out positive dialogue.”

“Despite the PRC’s [People’s Republic of China] dramatic build-up of its nuclear arsenal, unfortunately, it continues to resist discussing nuclear risk reduction bilaterally with the United States,” Wood said.

“To date, Beijing has not been willing to engage meaningfully or establish expert discussions similar to those we have with Russia. We sincerely hope that will change.”

In June, Sen. Steve Daines (R-Mont.) introduced a nonbinding resolution (S.Res.251) demanding that both Russia and China be included in any arms control agreement the United States enters.

“Since the United States first entered the INF treaty with Russia, China has been developing and building an arsenal of ballistic missiles,” Daines said in a statement.

“Any treaty moving forward must hold both Russia and China to the same standards, and it must be approved by the Senate according to the Constitution.”