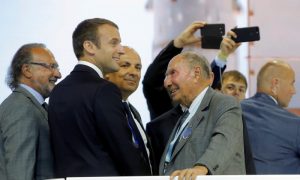 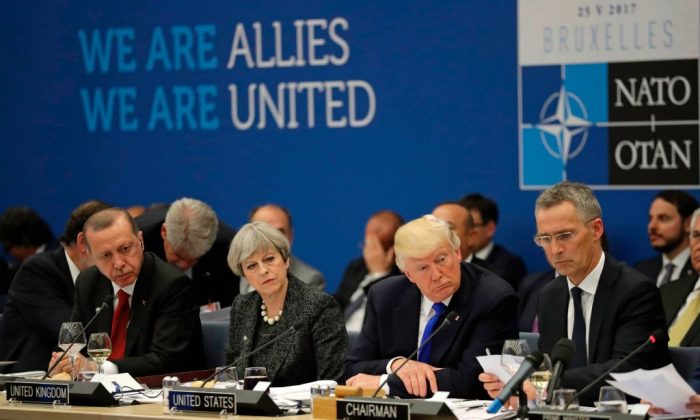 NATO and the Transatlantic Relationship

When 12 democratic governments seeking to check Soviet expansion formed NATO by treaty in 1949, it seems unlikely that any of their political leaders thought they would today number 28 and become the most successful defensive military alliance in history.

Post-1952 American President Dwight D. Eisenhower noted at the time, “We are engaged in a war of great ideologies. This is not just a casual argument between slightly different philosophies. This is light against dark, freedom against slavery…”.

The initiative represented a major turning point for the United States. Unprecedented in peacetime, Washington was entering a permanent alliance linking it to Western Europe in both a military and political sense. From shaky beginnings, NATO survived and flourished to its current membership with new or restored democracies in central and eastern Europe.

The alliance successfully deterred the Soviet Union from blackmailing West European countries, reconciled the WW2 Allies with Germany, and kept the United States firmly in Europe as a peacekeeper. In the 1990’s, it underwent major reorganization and cooperated fully with former Warsaw Pact members.

During the decades after 1949, a billion-people emerged from poverty. The new single market in the EU improved many lives in southern Europe, parts of eastern Europe, and in the UK and Ireland. Democracies in Asia, including Japan, India, South Korea, and Taiwan, also benefitted from rules-based trading supported by their respective national leaders from across political spectrums and presidents from both political parties in Washington.

Following the collapse of the Soviet Union in late 1991, NATO’s European members understandably thought the Russian threat had disappeared permanently and reduced their defence spending to record lows. With the rise of President Vladimir Putin and his seizure of Crimea, invasion of eastern Ukraine and other aggressions and threats, the challenge returned. American defence spending of US$ 664 billion in 2016 comprised approximately three-quarters of all NATO spending last year.

Differing spending levels remain an ongoing source of tensions between Washington and other NATO members. The United States is one of only a few member states today spending more than two per cent of its GDP on defense. Last year, only the U.K., Greece, Estonia, and Poland in Europe spent two per cent on defence, although all European members have pledged to reach this benchmark by 2024. Canada was close to the bottom of the 28 in terms of the two per cent benchmark, mustering only 1.02 percent in 2016.

NATO has since its formation successfully maintained the security and democratic governance of all its member countries in large part because would-be aggressors concluded that Article 5 of the Washington Treaty, rendering an attack on any member aggression on all, would be applied as it was for the first time after the 9/11 attack on New York City.

At the recent NATO heads of government meeting in Brussels, Article 5 was again a major concern for nations located near Russia. During the American presidential election campaign, Donald Trump had cast doubt on this key principle. He compounded the error by declining to reiterate American support for it in Brussels. There was only one sentence in his speech about the Russian military threat to Europe.

Prime Minister Trudeau’s response to Trump’s implied criticism of Canada was that he’d announce a new defence policy on June 7. He has since admitted that more spending on defence is needed.  The prime minister played down his government’s decision to withdraw a surveillance aircraft from Iraq, adding that there are 200 special forces in Iraq from Canada. He mentioned Canada’s CF-18 fighter jets as part of a NATO reconnaissance force in Ireland and Canada’s role in a 1200-member NATO mission in Latvia. The newly elected Official Opposition party leader, Andrew Scheer, said that he would as prime minister re-commit Canada’s Air Force to fighting the Islamic State (ISIS).

Following President Trump’s comments at the NATO meeting in Brussels and G7 in Sicily, lashing out at NATO allies while earlier praising despotic leaders in Russia, Saudi Arabia, Turkey and the Philippines, Angela Merkel, who is increasingly the new leader of the free world, told party members in Munich, “We must know that we alone have to fight for our own future, as Europeans, for our destiny”. Like many others in NATO, the E.U. and elsewhere, she clearly foresees a major fracturing in the trans-Atlantic alliance.