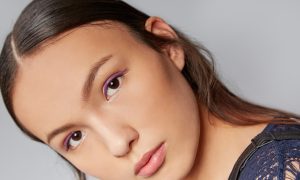 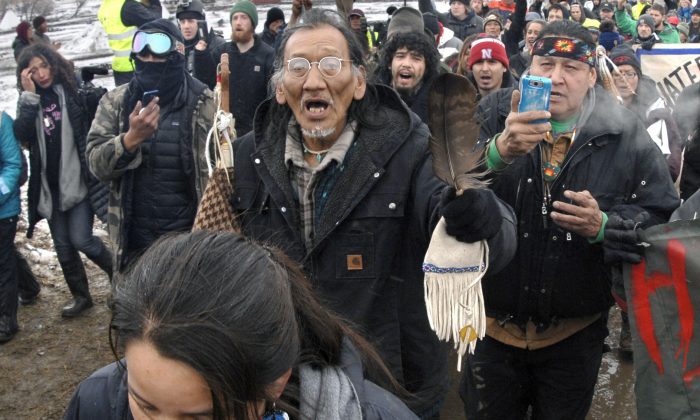 The Native American, anti-President Donald Trump activist whose encounter with a group of high school students went viral rejected a meeting with the students following the Jan. 18 incident.

Cincinnati restaurateur Jeff Ruby invited Nathan Phillips, the activist, and students from Covington Catholic High School to “break bread and make amends” at one of his restaurants.

“I’m not sure how to reach him, but I’d like to extend an invitation for me to fly him out first class to have dinner, on me, with some of the students from Covington Catholic,” Ruby told the Cincinnati Enquirer on Jan. 21.

“There might be blame on both sides,” Ruby said. “We have to remember these are kids in this situation. There may have been things done and said in the heat of the moment. I’d like to get both sides together, get them talking and maybe take a moment to stand in the other’s shoes.”

But the offer was rejected by Phillips, who said he couldn’t accept after the statement issued by Nick Sandmann, the student who Phillips approached during the encounter.

“He needs to put out a different statement,” Phillips, who has claimed he is a Vietnam Veteran, told the Cincinnati Enquirer. “I’m disappointed with his statement. He didn’t accept any responsibility. That lack of responsibility, I don’t accept it.”

Phillips said that he wanted some of the teachers and chaperones fired. While he initially didn’t want any students expelled, he’s reconsidering that stance.

Phillips has alleged that he was surrounded by the high school students and not allowed to approach the Lincoln Memorial. However, full video footage showed that he moved towards the students instead of going around them, where there was plenty of room to bypass them and go towards the memorial.

Phillips later changed his story and said that he wanted to intervene in a back-and-forth between the students and a group of Black Hebrew Israelites. The African-American group was seen in the video footage hurling obscenities at the students. Phillips said that he “was called by God” to step in.

The activist maintains that Sandmann was in the wrong.

“He stole my narrative,” Phillips said. “From the time I hit that first beat of the drum until I hit the last beat, I was in prayer. Now all of a sudden, he’s the prayer guy and the passive one.”

Phillips in other interviews has called the students “like a lynch mob” and “beastly.” One member of his group shouted at the students that they “stole our lands” and should “go back to Europe,” while Phillips’s initial claim that the students chanted “build the wall” was not backed up by the video evidence.

Sandmann, a junior at Covington, responded to the slew of misinformation about the event in a lengthy statement over the weekend, revealing that he and his family had been subject to threats, including death threats.

Sandmann noted that his group was waiting for buses in front of the Lincoln Memorial, which would take them back to Kentucky, after participating in the March for Life rally and sightseeing, when the Black Hebrew Israelites began calling them vulgar names.

A Native American activist, Marcus Frejo, said that his group heard the black men saying “some disrespectful things” to the group of students but said that he and Phillips “put that aside and wanted to help.”

About Phillips approaching him, Sandmann wrote: “The protestor everyone has seen in the video began playing his drum as he waded into the crowd, which parted for him. I did not see anyone try to block his path. He locked eyes with me and approached me, coming within inches of my face. He played his drum the entire time he was in my face.”

Sandmann said that he was “startled and confused” as to why Phillips was aggressively drumming in his face and chanting.

“I believed that by remaining motionless and calm, I was helping to diffuse the situation. I realized everyone had cameras and that perhaps a group of adults was trying to provoke a group of teenagers into a larger conflict. I said a silent prayer that the situation would not get out of hand,” he said. “I never felt like I was blocking the Native American protestor. He did not make any attempt to go around me. It was clear to me that he had singled me out for a confrontation, although I am not sure why.”