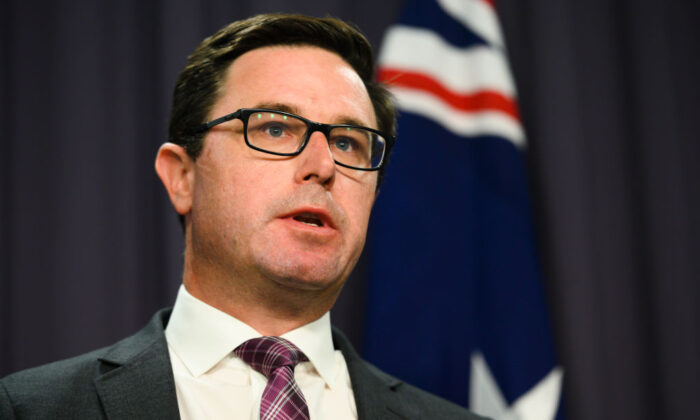 An inquiry into the former prime minister appointing himself to oversee five portfolios is unlikely to achieve anything further, Nationals Leader David Littleproud says.

Advice from the solicitor-general released last week found that while Scott Morrison’s actions undermined the principles of “responsible government,” he did not break any laws.

Littleproud says the inquiry announced by the government after the solicitor-general found nothing illicit was a political distraction.

“The solicitor-general made it clear he didn’t break any laws so I think this additional inquiry is just an obsession by Anthony Albanese with Scott Morrison rather than the Australian people,” he told Sky News on Sunday.

“They can run off with this folly, it’s going to cost a lot of money for the Australian taxpayer.

“I don’t think it’s going to achieve anything else other than what has already been put in place.”

The opposition would be constructive around the solicitor-general’s advice and work through the recommendations, Littleproud added.

“This issue around Scott Morrison goes to the liberal party’s inability to deliver the kind of stable government, which is a prerequisite for acting on our economic challenges,” he told Sky News.

“Their response to what has been revealed about Scott Morrison shows (Opposition Leader) Peter Dutton would be as bad, if not worse, than Scott Morrison.

“He hasn’t condemned him strongly enough.”

The Nationals leader maintained he wasn’t aware of Morrison’s actions to take over the resources portfolio held by his fellow Nationals MP Keith Pitt.

Morrison used his position in the resources portfolio to block a controversial offshore gas project, known as PEP-11, off the NSW coast.

Then-Nationals leader Barnaby Joyce previously revealed he had been broadly informed about the prime minister’s actions in relation to the resources portfolio and had tried to negotiate with Morrison over PEP-11.

“I know Barnaby broadly said he was trying to negotiate with the prime minister and Pitt around challenges on PEP-11,” Littleproud said.

“So it was really a very narrow issue. It wasn’t an issue that was worrying anybody in the national party at any scale.”

The inquiry report be will handed down on November 25.