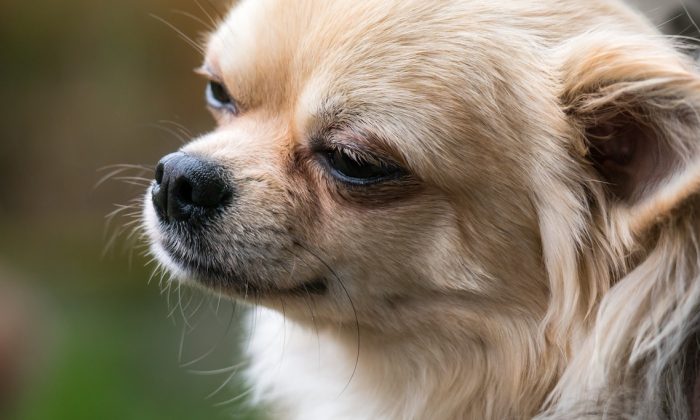 A chihuahua. (Thomas B/Pixabay)
US News

High winds in Ohio and Pennsylvania reached such intensity that the National Weather Service issued an unusual warning telling dog owners to take caution when walking small dogs outside.

The Cleveland branch of the service issued an unofficial “small dog warning” for pet owners on Feb. 12 amid gusts of up to 50 miles per hour.

The branch told people, “Hold on to your pooch!”

“Wind gusts 45 to 50 mph! A few trees may be blown down. Scattered power outages possible,” it added.

Hold on to your Pooch!…We have an unofficial “Small Dog Warning” Wind Advisory for northern #Ohio and NW #Pennsylvania this evening through Wednesday. Wind gusts 45 to 50 mph! A few trees may be blown down. Scattered power outages possible. #OHwx #PAwx #ThisIsCLE #CLEwx #NWS pic.twitter.com/9Az5E991cZ

Small dogs have been blown away before. Back in 2009, a Chihuahua was picked up by high winds and blown out of sight of the owner, 72-year-old Dorothy Utley.

Tinkerbell, the dog, was found after two days of searching about a mile away in the woods.

“We were shocked when we found her,” Utley told The Detroit News. “You don’t know how happy we were. We love her so much.”

It’s a Bird, It’s a Plane, It’s a … Chihuahua?!: Michigan couple says high winds blew their dog away from them. http://tinyurl.com/cst4oq

And in January of this year, a Chihuahua was blown into a body of water in England.

Gusts of 30 mph pushed the dog into the water and the dog’s 21-year-old owner was unable to reach it. A volunteer swam out and retrieved the puppy.

It was rushed to a vet but did not recover.

The local agency, RNLI, told the BBC that the incident highlighted the potential dangers of walking dogs close to water and said owners should keep their animals on a leash and call for help if a dog does get pushed or fall into water.

Meanwhile, the heavy winds in parts of Ohio continued into Thursday, with wind speeds expected to sustain at 10 to 20 mph with gusts of up to 35 mph expected in the Cleveland area, reported WOIO. A wind advisory was in place until 4 p.m. local time.

While the gusts stayed strong, the weather was warming up with high temperatures in the upper 40s. Rain was expected to hit before dawn on Friday as a cold front moved in and brought a mix of rain and snow or possibly all snow.

The forecast called for freezing temperatures on Friday with wind chills in the 20s, with a dusting of snow expected over the weekend.

Troopers found two pit bulls starved to death in a vacant home in Fallsburg along with two cats that were emaciated.

The owners of the pets were identified as Miesha Bentley, 28, and Victoriano Moreira, also 28, both of Loch Sheldrake.

Arrest warrants were issued for the pair, with each charged with aggravated cruelty to animals, a felony, and failure to provide sustenance, a misdemeanor.