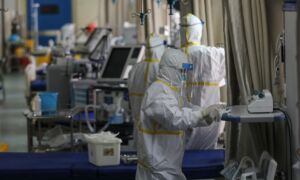 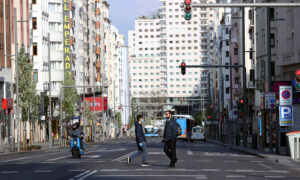 Spain Locks Down Its Citizens, While France Shuts Nightlife
0 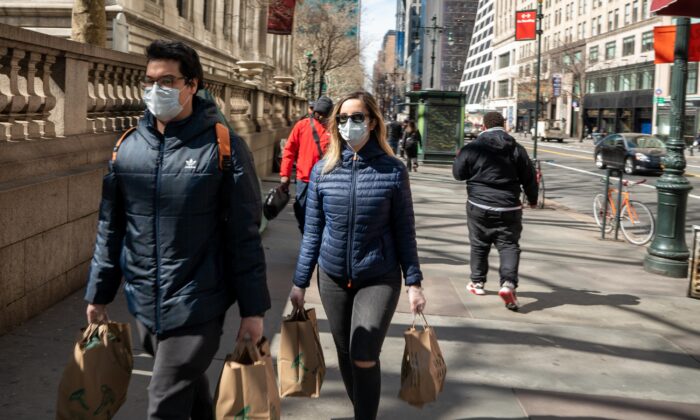 Screenshots supposedly including details of a nationwide quarantine over the new virus were circulating over the weekend on social media and via text messages.

But the rumors “are FAKE,” the council said just before midnight.

“There is no national lockdown,” it added.

The council directed people to the Centers for Disease Control and Prevention (CDC), a public health agency that has been posting information about the virus, including steps the U.S. government has taken amid the outbreak.

In one screenshot being passed around, a person says that they don’t want to be “alarmist” but felt they had to speak out.

“I just heard from a friend whose partner is CIA. They’re shutting everything down. We’re going to get 48 hour notice today or tomorrow to get everything we need and then stay inside for a one month [sic],” the message read.

Everyone would be receiving unemployment checks, the person claimed.

Another pushes a similar narrative, citing “Caroline’s sister” who works for the FBI and National Security Council. And another said that there would be a “two week mandatory quarantine,” citing some “military friends” who had just left a briefing.

A number of states have banned mass gatherings of more than a certain number of people—in some cases, as low as 25—and some have ordered the closure of bars and dine-in service at restaurants. But none have implemented complete lockdowns where people aren’t allowed to go out at all.

New York Gov. Andrew Cuomo created a so-called containment zone in the city of New Rochelle, just outside New York City, where residents were told to stay indoors except for pressing business such as picking up meals from meal stations.

The CDC on Sunday night asked all Americans to “cancel or postpone” in-person gatherings with more than 50 people for the next two months.

Those events “can contribute to the spread of COVID-19 in the United States,” it said, referring to the disease the new virus causes. The agency previously made a number of recommendations, including telling nursing homes to not allow visitors and for everyone to practice “social distancing,” including staying at least six feet away from other people.

SARS-CoV-2, the new virus, started in China late last year and has spread to over 100 countries around the world, infecting over 169,000 and killing thousands as of Monday morning.

China repeatedly hid information about the outbreak, giving countries less time to prepare for the spread, American officials have said. Internal documents obtained by The Epoch Times show some examples of the manipulation, including getting some government offices to destroy data related to the epidemic, and how the Chinese Communist Party has attempted to convince people that it effectively handled the outbreak. In recent weeks, it has also turned to blaming the United States.