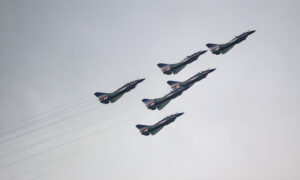 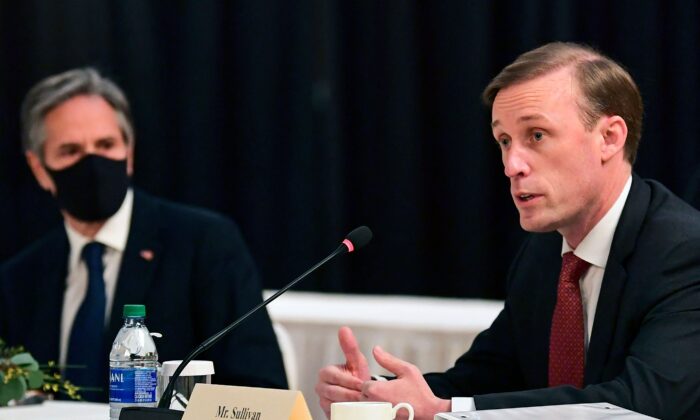 The meeting will take place in Zurich, one of the stops on Sullivan’s trip to Europe that will also take him to Brussels and Paris. The announcement did not specify which date of the week the talks will take place.

“They will follow up on President Biden’s September 9 call with President Xi [Jinping] as we continue to seek to responsibly manage the competition between the United States and the People’s Republic of China,” the White House said in a statement. Sullivan will also brief European allies and partners on his meeting with Yang.

Biden and Chinese leader Xi Jinping talked about a number of issues during the phone call, including how both nations were responsible to “ensure competition does not veer into conflict.” Biden revealed on Tuesday that the two leaders have also previously spoken about Taiwan, that the two agreed to abide by the “Taiwan agreement.”

China has recently stepped up its coercion against the self-ruled island. For four days ending on Oct. 4, the Chinese regime flew 149 military planes into Taiwan’s air defense identification zone, raising regional tensions to a new height. Australia and Japan have expressed concerns about China’s aggression, as have several Democratic and Republican lawmakers.

On Oct. 6, Taiwan’s Defense Minister Chiu Kuo-cheng told the island’s Parliament that tension between Taipei and Beijing is now at its worst in 40 years. He also warned that China would be capable of launching a “full-scale” invasion against Taiwan by 2025.

China claims Taiwan as a part of its territory despite the island being a de facto independent country with its own military, constitution, and democratically-elected officials.

China’s Ministry of Foreign Affairs issued a short statement on the meeting, saying that Sullivan and Yang “will exchange views on China–U.S. relations and relevant issues.”

The Zurich meeting will come at a time when tensions are high between China and the United States, not only over Taiwan, but also on a number of other issues, including bilateral trade.

On Monday, U.S. Trade Representative Katherine Tai pledged to hold talks with Beijing over its failure to meet the terms of former President Donald Trump’s trade deal, after ending a months-long policy review of trade with China.

The bigger question surrounding the upcoming talks is whether Sullivan and Yang will be able to make some progress on issues concerning both nations, considering that their last face-to-face meeting in Alaska in March ended acrimoniously.

In a public tirade, Yang dressed down Secretary of State Antony Blinken and Sullivan over what he described as the United States’ poor treatment of minorities and struggling democracy. China’s Foreign Minister Wang Yi also took part in the meeting.

In February, Yang warned the Biden administration not to cross Beijing’s “red line,” meaning not to “interfere” in China’s affairs in Hong Kong, Tibet, and Xinjiang, during an online event hosted by New York-based nonprofit the National Committee on U.S.–China Relations.

In July, Sullivan told Fox News that China will face “isolation in the international community” if it fails to cooperate with future probes into the origin of the COVID-19 pandemic, which is caused by the CCP (Chinese Communist Party) virus.

In response to Sullivan’s warning, China’s hawkish state-run media Global Times published an editorial, saying that Sullivan “has shown typical American arrogance of calling white black.” The article also questioned if the national security adviser had any “normal self-esteem,” and said his remarks were “as hilarious as a bad boy in an elementary school class.”

“I think the hope is that it will lead to a Biden–Xi Jinping meeting, which may have to be virtual,” Bonnie Glaser, an Asia expert at the German Marshall Fund of the United States, told Reuters.

There has been speculation that Biden and Xi could meet in person during the G-20 summit in Italy, which is scheduled to be held for two days starting on Oct. 30 in Rome.

Correction: A previous version of this article incorrectly stated the timing of the phone call between Biden and Xi. The Epoch Times regrets the error.