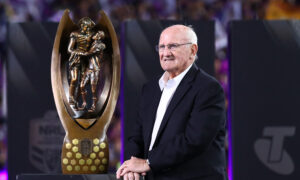 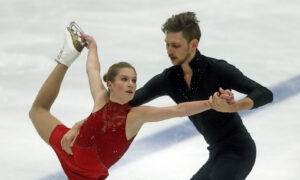 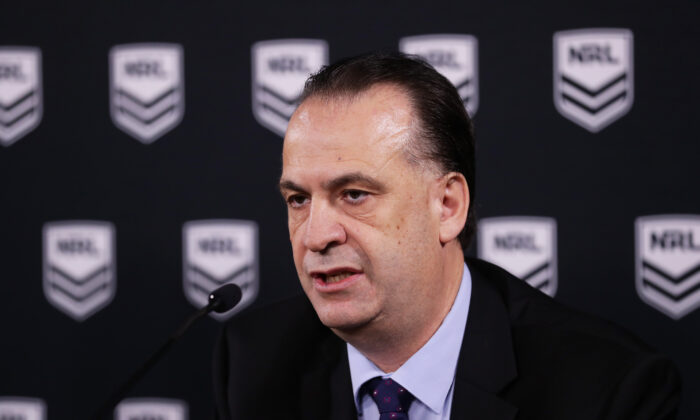 SYDNEY—The National Rugby League will consider heavier sanctions for players and officials who breach the bubble, with Peter V’landys warning they are putting all Queensland teams at risk.

Brisbane enforcer Tevita Pangai Junior on Aug. 9 became the latest player to fall foul of the rules, banished into 14 days of isolation away from his team.

The youngster was caught attending the opening of a barbershop on Aug. 8, less than 24 hours after his team played in Sydney.

He became the sixth person to be sanctioned in just four days, after Wayne Bennett, Paul Vaughan and three Broncos officials including Allan Langer.

V’landys was left incredibly frustrated by the latest incident, given that he expected Bennett’s high-profile breach to be a wake-up for everyone just two days earlier.

While Pangai Junior is expected to be fined, V’Landys said that the next step would be to consider bigger punishments for players that could even extend to suspensions.

“We’re going to have to look at (heavier sanctions),” V’landys told AAP.

“I just can’t express my disappointment.

“In anything you do there is always that one per cent that brings everyone else down. But we just hope people realise what the ramifications are.

“We’re not going to tolerate it.”

The ARL Commission chairman warned players they were not only putting the competition and game’s finances at risk but the wellbeing of fellow players.

The Queensland government has granted the NRL an exemption for teams to travel across their hard border into NSW but V’landys cautioned that every breach put that at risk.

“We hope this is a wake-up call. I just hope they realise the repercussions,” he said.

“It’s a very selfish act because they put into jeopardy every other player who is in Queensland at the moment.

“How would they feel if the Queensland government pulled the exemption?

“We would have to move every player to NSW (New South Wales).

“It could mean all their colleagues would have to move away from their families.”

“How would they feel if that’s what they caused?”

It’s been reported Pangai Junior’s presence was discovered during a police raid of the business, with several alleged bikie gang members suspected of being at the property.

While there’s no suggestion Pangai Junior was involved in illegal activity the Broncos are looking into the situation.

“The Broncos are investigating the circumstances around the matter to determine what further action may be taken,” the club said in a statement on Aug. 9.

The Tonga international will be unavailable for Aug. 15 clash with Canberra and the following weekend’s game against St. George Illawarra for the second-last Broncos.

Broncos coach Anthony Seibold is serving a 14-day isolation period after he opted to stay in Sydney for a family matter with assistant coach Peter Gentle to lead the team for the next two weeks.

By Scott Bailey and Ed Jackson