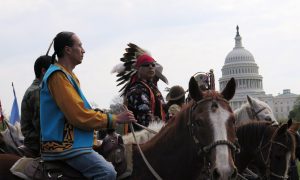 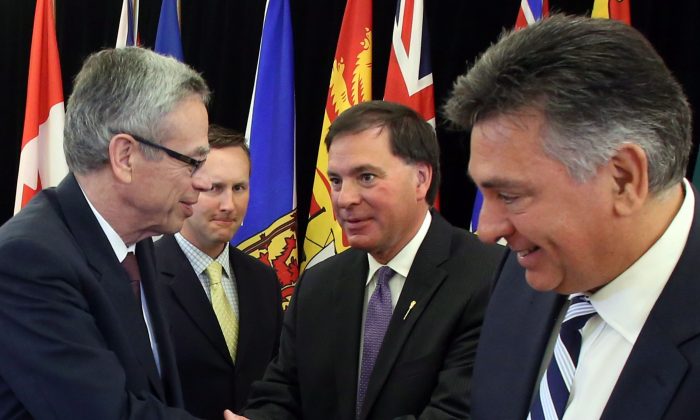 Saskatchewan, N.B. now on board
By The Canadian Press

OTTAWA—Finance Minister Joe Oliver welcomed the addition of Saskatchewan and New Brunswick to the federal drive to create a national securities regulator, setting up a timetable to have the new office in operation by the fall of 2015.

The addition brings to four—including original members Ontario and British Columbia—the number of provinces that have signed on to the project, although they represent about three quarters of Canadian listed companies with a market capitalization of 53 percent of the total.

“Today is a landmark day … this is a day that Jim Flaherty would be very happy about,” Oliver said about his predecessor who championed the project through eight mostly frustrating years.

He said foreign governments had long looked upon Canada’s system of 13 separate provincial and territorial regulators with “bemusement” at a time of global financial markets. And from personal experience as a former investment banker and securities regulator, he said he too found the status quo unacceptable.

“The result has added cost, regulatory uncertainty, weakened enforcement capacity and an uneven oversight of systemic risk,” he explained.

Industry groups hailed the progress. The Investment Industry Association of Canada said the announcement “signals an end to the archaic and fragmented patchwork.” John Manley of the Canadian Council of Chief Executives called it a major step forward and the Canadian Bankers Association called on other provinces to join in.

The announcement on Wednesday, July 9, leaves six provinces out of the scheme, with Alberta and Quebec representing key hold-outs given the size and scope of their economies.

Ian Russell of the Investment Industry Association said he believes it is only a matter of time before others join, especially once the new office begins functioning.

“You suddenly are introducing a uniform securities act with detailed regulations … that will encompass at least 50 or 60 per cent of the Canadian capital markets. It will only be a short matter of time before most of the other provinces will come in because there’s too many efficiencies to gain by coming in and too much efficiency lost by staying out.”

Under the current system, all 13 jurisdictions regulate their own capital markets and bond and securities issuances, although all except Ontario also belong to the so-called passport system by which the approval of one commission essentially allows for registration in another province.

Co-operation would also have to be built in once the new national regulator is in place, the ministers who attended Wednesday’s announcement said, but the new approach has the advantage of including Ontario, the country’s largest capital market.

Ontario Finance Minister Charles Sousa conceded that unanimity would have been preferable, but added that it was the search for perfection that had thwarted efforts to create a national regulator for 50 years.

“Look at what it was, at how inefficient it was and how ineffective it was. Look at what it is now … that is encouraging, but look at it what it can be and that is the pull factor (to the other provinces) that this can be even better if we do this in a collaborative way.”

Although far from complete, it is as close as Ottawa has come to establishing a national regulator since Flaherty took the issue on as almost a personal crusade shortly after taking office in 2006.

Russell said a national or common regulator would do more than oversee stock markets. The office would also police debt markets and oversee institutional traders, high-frequency traders, new bond and equity issues and disclosure relationships between investment advisers and their clients.

“And for the first time we will have a regulator that will represent Canada internationally,” he pointed out.