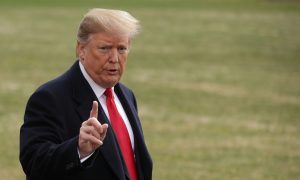 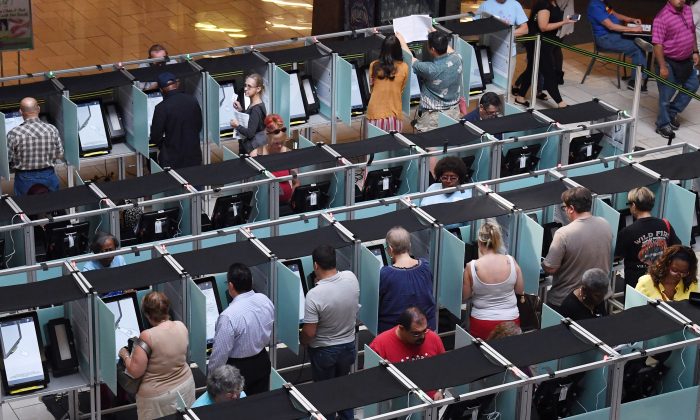 WASHINGTON—A proposal to guarantee that the winner of the national popular vote in future presidential elections becomes president of the United States—without going through the effort of amending the U.S. Constitution—now has 70 percent of the state-level support its backers say it needs to become a reality.

The 70-percent mark was achieved April 3 when New Mexico became the 15th jurisdiction in the nation to enact enabling legislation, committing its presidential electors to vote for the candidate who receives the greatest number of popular votes nationally.

The system, they reason, prevents smaller states from being dominated by larger states and ensures that whoever wins the presidency enjoys a measure of broad-based support across the country. It does, however, occasionally lead to a president being elected who didn’t win the national popular vote.

Democrats have long sought to get around the Electoral College, which prevents the United States from political domination at the hands of major population centers, which are controlled by Democrats in so-called blue states.

Instead of amending the Constitution, a very difficult thing to do, a group called National Popular Vote (NPV) wants the states to ignore their own voters and enter into an interstate compact that would hand the presidency to whoever gets the greatest number of popular votes nationally. Rather than abolishing the Electoral College, the plan would require presidential electors in the states and the District of Columbia to vote for the candidate who gets the most popular votes.

Constitutional amendments need two-thirds approval of each chamber of Congress, and then ratification by three-quarters of the states. Small states aren’t likely to go along with a proposal like NPV’s that would permanently water down their voting power in presidential elections.

The current system came out of the Constitutional Convention that met in 1787 in Philadelphia, and ousted the earlier constitution known as the Articles of Confederation.

NPV says its proposal “would guarantee the Presidency to the candidate who receives the most popular votes in all 50 states and the District of Columbia.” Currently, 48 states give all their electoral votes to the candidate who prevails in the popular vote in that state. Nebraska and Maine use a different formula, awarding some of their electors by congressional district.

According to a tally maintained by NPV, enabling legislation has been adopted in 14 states—including New Mexico, which enacted the model statute on April 3—plus the District of Columbia, representing a total of 189 electoral votes. Those states are California, Colorado, Connecticut, Delaware, Hawaii, Illinois, Massachusetts, Maryland, New Jersey, New Mexico, New York, Rhode Island, Vermont, and Washington. Not one is a red Republican state.

The plan, NPV claims, would become effective when enacted by several more states with 81 more electoral votes, taking the total to the magic number of 270 out of 538, the absolute majority required to win the presidency in the Electoral College.

Getting to 270 won’t be easy, but it isn’t impossible. In eight states with bicameral legislatures–Arkansas, Arizona, Maine, Michigan, North Carolina, Nevada, Oklahoma, Oregon—one legislative chamber has passed the NPV statute. The Nevada Assembly passed the statute on April 16. The measure now moves to the Nevada Senate.

Christian Adams, president of the Public Interest Legal Foundation and a former Justice Department civil rights attorney, rejects the proposal for popular election of the president.

“It is an effort to dissolve the Union,” he told The Epoch Times. “States who sign on are behaving like secessionists in 1861 and are aiming to undo the Union.”

Ray Haynes, who heads the Institute for Research on Presidential Elections and is a senior consultant to NPV, defended the proposal, saying it was both legitimate and constitutional.

“The Constitution has only one sentence that addresses the method of populating the Electoral College,” he told The Epoch Times.

“The one sentence in the Constitution on appointing the electors says: ‘Each state shall appoint, in such manner as the Legislature thereof may direct, a number of electors …’”

He said when the issue was addressed by the Supreme Court in McPherson v. Blacker in 1892, the court ruled:

“The Constitution does not provide that the appointment of electors shall be by popular vote, nor that the electors shall be voted upon by a general ticket, nor that a majority of those who exercise the elective franchise can alone choose the electors. It recognizes that the people act through their representatives in the legislature, and leaves it to the legislature exclusively to define the method of effecting the object. The framers of the Constitution used words in their natural sense, and where they are plain and clear, resort to collateral aids is unnecessary, and cannot be indulged in to narrow or enlarge the text.”

Haynes was a Republican member of the California state Senate for eight years and the California Assembly for six years, and was the 2000 National Chair of the American Legislative Exchange Council.

Concerns that the proposal would lead to massive fraud are overblown, Haynes said.

“First, if critics are concerned about electoral fraud, the current system is much more prone to a focused fraud in a small area … It is much easier to conceal a localized fraud … fewer people are involved, and fewer fraudulent votes are needed, to completely change the outcome of an entire Presidential election.”