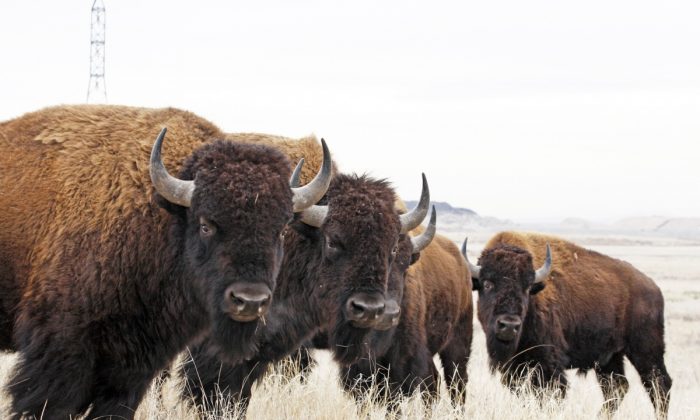 Officials said a Colorado 17-year-old has been gored by a bison at Theodore Roosevelt National Park in North Dakota.

The National Park Service said in a release that the teen was stabbed in the thigh on Saturday, July 27, and was in stable condition.

The youth, not identified by name, was airlifted to a hospital for treatment.

A witness cited by park officials said the teenager was walking along a trail in the park near a herd of bison.

“Two bull bison had been fighting moments prior and were on either side of the trail when the visitor walked between them,” officials said. One bull charged from behind, hitting the youth in the back and goring the back of the right thigh. The force of the attack launched the youth about 6 feet into the air.

Park rangers and medical staff treated the injured visitor on the scene before a helicopter arrived for air transport to a hospital in Bismarck.

“Park staff would like to remind visitors that bison are large, powerful, and wild,” officials said. “They can turn quickly and easily outrun humans.”

“Bulls can be aggressive during the rutting season, mid-July through August,” park officials warn, adding that, “Park regulations require that visitors stay at least 25 yards (the length of two full-sized busses) away from large animals such as bison, elk, deer, and horses.”

Officials reminded park visitors to keep a safe distance from bison, which “are unpredictable and can run three times faster than humans.”

The incident follows the case of a 9-year-old girl who was tossed into the air by a bison at Yellowstone National Park, escaping without any major injuries.

The video shows a bison grazing just feet away in Yellowstone on July 21 before it charges at the girl, launching her in the air. The girl was not identified, but TODAY reported that she was from Florida.

The incident happened as a group of some 50 visitors loitered around the large animal near Old Faithful, reported the New York Post, citing the National Park Service.

The video was captured by visitor Hailey Dayton, who was also steps away from the large bovine.

“Everyone was screaming and running while little kids were crying,” Dayton told the New York Post. “When the bison finally left many people went to the family to see if they could do anything to help the girl.”

The victim was treated at a nearby park clinic before she was released.

In another incident last month, a 30-year-old college student was gored and trampled by a bison while he was out on a trail run at Antelope Island State Park in Utah.

On June 1, Kyler Bourgeous encountered a pair of bison after he reached the top of a blind hill while running on the Frary Peak Trail. Bourgeous immediately turned to avoid the animals but one of them came charging forward and gored the 30-year-old in the hip and shoulder, sending the young man flying into the air and down the hill.

“He said, ‘I just turned and tried to run, and I could see I wasn’t going to make it,’” his mother Bonnie Bourgeous said, reported Fox 13.

A Utah man is recovering at the University of Utah Hospital after being gored and trampled by a bison over the weekend at Antelope Island State Park.​ https://t.co/0Bm0qIX37t

But the bison did not stop there. it then kicked and trampled Bourgeous, cracking his rib and cutting his head during the attack, before the bison finally stopped.

“If he had not turned just one inch this way or that way, it would have gone through his heart and lungs and lower internal organs and there’s no way he would have survived,” Bonnie added.

Bourgeous said when the attack stopped he called at some nearby hikers for help.

“I yelled for some nearby hikers to call 911 as I lay in a ball hoping the bison wouldn’t attack again,” he wrote on a crowdfunding account.