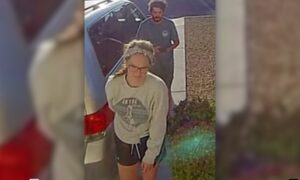 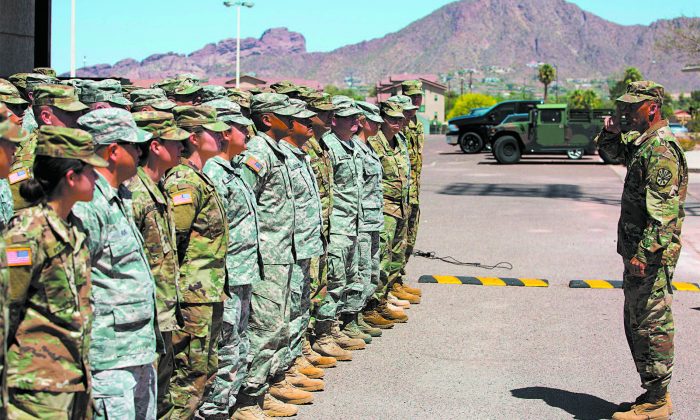 “Until we can have a wall and proper security, we’re going to be guarding our border with the military. That’s a big step,” President Donald Trump said during a meeting with Baltic leaders on April 3.

On April 7, after the National Guard deployment was announced, Trump wrote on Twitter, “We are sealing up our southern border. The people of our great country want safety and security. The Dems have been a disaster on this very important issue!”

The governors of Texas, Arizona, and New Mexico sent their first troops to the border just days after Trump called for them.

“Texas is preparing to increase our National Guard presence to more than 1,000 along our southern border,” said Gov. Greg Abbott, in a statement on April 10.

The Texas National Guard activated 250 members on April 6 and will add 300 members per week until “all Department of Homeland Security requirements are met,” Abbott said.

Arizona had deployed 348 personnel by April 10, and Gov. Doug Ducey said he welcomed Trump’s call for the National Guard.

“For years, Americans, particularly in border states such as Arizona, have been calling on the federal government to secure our border,” Ducey said in a press release on April 9.

“The majority of illegal drugs in this country come through our southern border. If you know someone impacted by drug addiction, there’s a good chance their last ‘hit’ came from drugs that flowed through Arizona.”

Department of Homeland Security Secretary Kirstjen Nielsen said the National Guard’s role will be similar to that during Operation Jump Start launched in 2006 by President George W. Bush, when 6,000 troops were deployed in California, Arizona, New Mexico, and Texas.

Defense Secretary Gen. Jim Mattis signed a memo on April 6 authorizing the deployment of up to 4,000 National Guard troops. The memo said the troops “will not perform law enforcement activities or interact with migrants.”

In the 2006 memorandum of understanding between the Department of Defense and the governors of participating states, the National Guard was prohibited from “overt” law enforcement.

“After guardsmen spot suspected illegal immigrants crossing the border, they will inform Border Patrol agents, who will then respond to the scene,” the Department of Defense said. “In essence, the Guard will do detection work and Border Patrol agents will make the appropriate apprehensions.”

The National Guard is precluded from making arrests “because of concerns raised about militarizing the U.S. border,” according to a 2011 GAO report.

“In all communications on the subject, the government of Mexico has expressed to the government of the United States that, if the announced deployment of the National Guard resulted in a militarization of the border, it would seriously damage the bilateral relationship,” Caso said.

A GAO report estimated the combined total cost of sending the National Guard to the border during operations Jump Start and Phalanx was about $1.35 billion.

In border operations, Trump would use the National Guard under Title 32 of the U.S. Code, which doesn’t require congressional support.