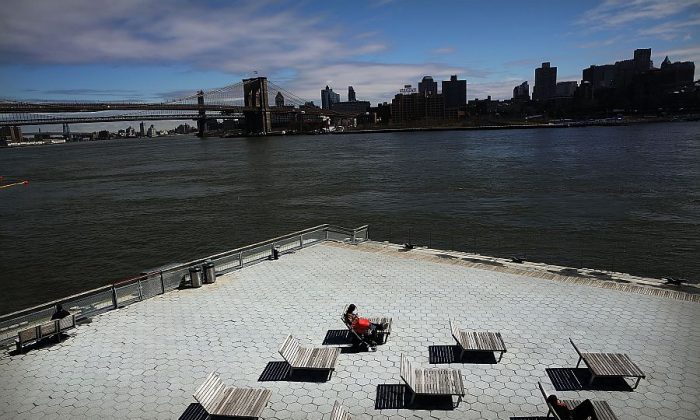 Doing the right things for the wrong reasons is dangerous

According to a Gallup poll conducted in March, climate change is not a top priority among Americans. Following the coldest winter in a generation and the ongoing 17-year pause in global warming, it is not surprising that climate concerns ranked 14th out of 15 issues respondents were asked about. The public clearly considers more basic issues such as the economy, unemployment, crime, and the affordability of health care more important.

So at first glance it seems surprising that the dramatic Third National Climate Assessment released last week by the U.S. Global Change Research Program attracted so little critical attention. Do opinion leaders really believe that it is worth diverting a billions dollars a day, the amount currently being spent worldwide on climate finance, away from society’s other concerns? Do they actually support the notion that we are headed for climate Armageddon due to our energy choices?

Some do, of course. But most people, journalists included, don’t have the knowledge, time, or interest to properly investigate the issue and so generally accept what they hear from official science and educational institutions. Besides, speaking out against political correctness on climate change is dangerous. No one wants to be labeled a denier.

Still, many courageous, knowledgeable people who, justifiably, doubt, or are agnostic about, the science backing the National Climate Assessment (NCA) are not critically examining the new report, a document that makes the United Nations Intergovernmental Panel on Climate Change look conservative. They judge that widespread acceptance of climate concerns will encourage pollution reduction, energy conservation, increased foreign aid, crop biotechnology, alternative and nuclear energy, and even personal fitness, social justice, and world government—things they regard as beneficial to society. So they keep their doubts to themselves so as to advance progressive policies.

Climatologist Dr. Roger Pielke Sr. sums up the situation in the press: “That much of the media accepted the NCA without questioning its findings and conclusions either indicates they are naive or they have chosen to promote a particular agenda and this report fits their goal.”

Plato called the latter type of approach the “Noble Lie.” He believed that most people lacked the intelligence to behave in ways that are in their own and society’s best interest and so lies should be created to keep the public happy and under control. False propaganda to enhance public welfare is completely acceptable, Plato argued.

But this is a slippery slope.

As people come to realize that they have been misled about climate change, they become cynical about actions they would normally support. For example, many people who support energy conservation oppose Earth Hour because they regard the climate concerns on which the event is based as unfounded. Some even intentionally increase their energy consumption during the hour. Crying wolf about global warming that is not happening is damaging sensible environmentalism and even science itself.

Telling the noble lie that the science of climate change is “settled” so as to encourage constructive “solutions” is also counterproductive. If we already understand the science, then why fund climate research at all? In reality, the science is so immature that we do not even know if warming or cooling lies ahead, so continuing climate research is crucial if we are to properly prepare for the future.

The lie that we know how to control the climate has resulted in 94 percent of money spent worldwide on climate being allocated to trying to control conditions that might be experienced by future generations. Only 6 percent goes to helping people suffering and dying due to climate change today. This is immoral.

Finally, exaggerated climate concerns have distracted governments from properly addressing the real long-term energy crisis. It is that as humanity’s usage of hydrocarbon fuels continues to rise they will become increasingly scarce and so more expensive. We therefore need carefully planned, long-term energy research and development, not only to improve the way we use today’s fuels, but also to develop cost-effective alternatives.

Yet because of the obsession with man-made climate change, vast sums that could be spent on energy research and pollution abatement are wasted on useless and potentially dangerous projects such as pumping carbon dioxide underground and the widespread deployment of unsustainable technologies like large-scale wind power. This impoverishes society, making us less able to afford activities we need to enhance energy security and protect the health of our citizens and the environment.

The idea inherent in the NCA that we control the Earth’s climate will eventually be widely regarded as a costly blunder. Opinion leaders who knew, or suspected this but promoted the deception for what they considered good reasons will be discredited. Then no one will believe them when they warn us of real wolves at our doors.